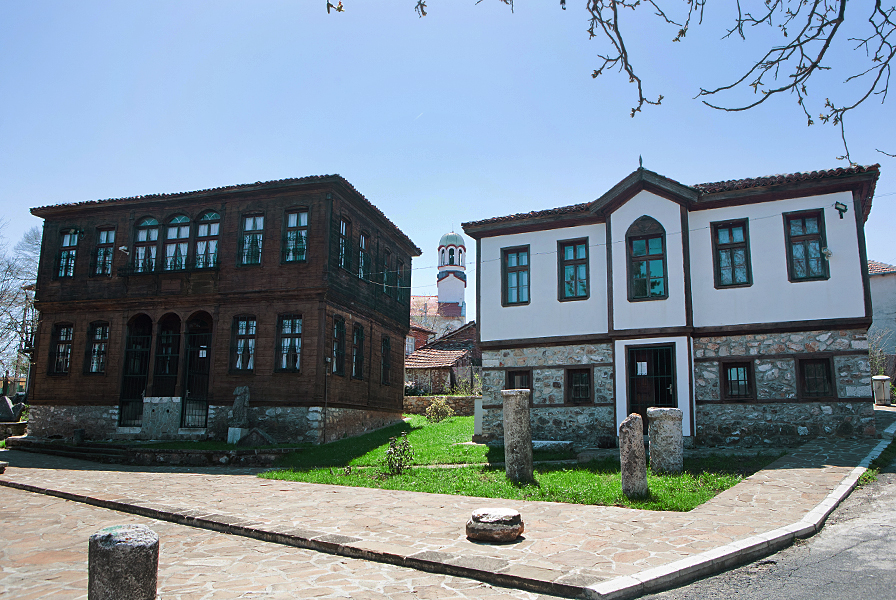 Malko Tarnovo is the largest inhabited area on the territory of the picturesque Strandzha Mountain. It is situated 76 km south from Burgas, 56 km south-west from Tsarevo, 470 km south-east from Sofia and 7 km from the border with Republic of Turkey. The town is situated on the territory of the Natural Park “Strandzha”, which preserves the unique nature and offers diverse options for ecological tourism.

The region has been populated since antiquity. Many legends are told about Thracian kings, fortresses and hidden treasures. The historical and ethnographic wealth of the town and the region is well presented in the sites of the Historical Museum in Malko Tarnovo.

The museum was established in 1983 under the name Strandzha Museum Complex, and since 2002 it has been restructured into a Municipal Historical Museum. By the present moment it has been the only cultural institute on the territory of Strandzha Mountain. The exposition area is placed in four Strandzha Revival houses – monuments of culture which had belonged to rich trade families of the end of the 19th century.

The historical museum of Malko Tarnovo presents six expositions – archaeological monuments found in the last decades in the sites around and in the town are arranged in the first one. There is also an exhibition dedicated to Prof. Alexander Fol (1933 – 2006) – a renowned Bulgarian historian and philologist, the first scientist in the area of Thracian science and a discoverer of many of the archaeological monuments in the region of Malko Tarnovo. The epitaph monuments are arranged in a lapidarium in the museum yard. Icon painting is presented in an separate exposition of models made by Strandzha artists.

An appointment with Strandzha nature is arranged in the Natural Collection. There are multiple attractions here – a telephone box for “talking” with birds, education in an unusual “language course” and the “Dark room”, in which you can feel the Strandzha night forest.

The exposition entitled “Non-material Cultural Inheritance of Strandzha” represents fire-dancing, the White Mummer (a custom which is only observed in the region of Strandzha), the Strandzha chapels and saints which have been specially honored and celebrated since ancient times. Here you can get acquainted with the more contemporary history of the region through the preserved interesting legends, haidouk stories and biographies of great revolutionaries. If you spare more time, make use of the option to watch movies for fire-dancing, mummer games and refugees of East Thracian.

A carpet-weaving workshop functions at the Historical Museum of Malko Tarnovo, where demonstrations of weaving on an authentic loom are presented.

The ethnographic museum is housed in the house of Captain Stamat Ikonomov (1866 – 1912) – one of the ideologists of the Preobrazhenie Uprising in 1903 (an uprising of the Macedonians and the Thracian Bulgarians against the Ottoman ruling). Here one can see authentic articles and clothes from East Rupian Ethnographic area, to which the Malko Tarnovo region falls.

A site of the Historical Museum in Malko Tarnovo is also the memorial national monument Petrova Niva. There is a museum in the locality where the congress on which a decision for conducting the Preobrazhenie Uprising in 1903 was conducted, there is a museum presenting the uprising history, a monument raised in honor of the killed warriors, and a temple.

Contact the Tourist Information Center which is situated at a distance of 2 km from the town for more information regarding museum sites and landmarks.