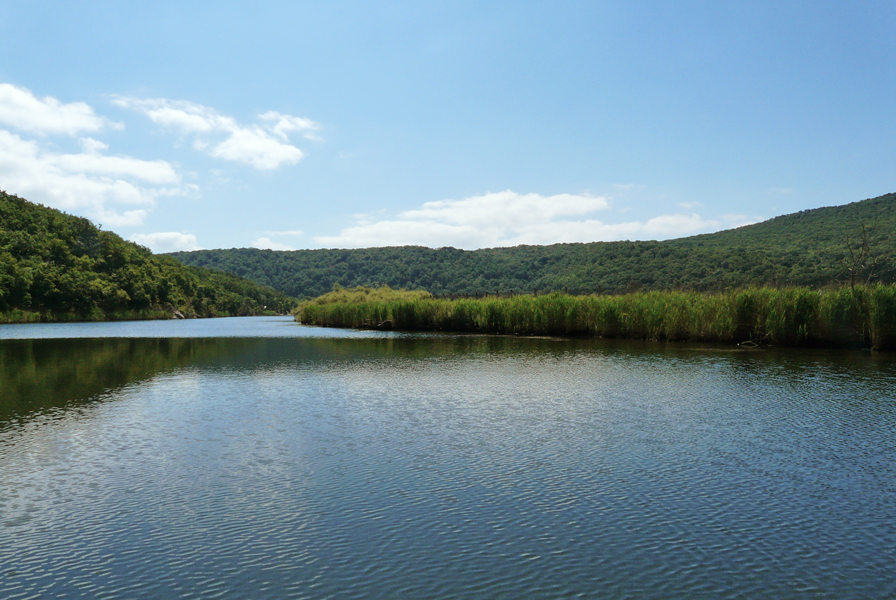 The Ropotamo Reserve is situated at a distance of about 50 km south from Burgas, on the territory of the Municipality of Primorsko. It is situated around the two banks of Ropotamo river. The river current passes by large sand dunes before its flowing into the Black Sea.

The locality was declared a protected territory in 1940, and in 1992 it was broadened and declared a Reserve with total area of 1,000.7 ha.

There are multiple interesting and unique natural sites on the Reserve territory – a firth part and an inlet terrace of the Ropotamo river with natural dense forests, natural sand dunes and a beach stripe, broad-leaved forests with Mediterranean elements. A deposit of Artemisia maritima is also found here. The Arkutino swamp is also situated within the Reserve borders. Some of the species that grow there are Nymphaea alba, Lemnaoideae, Nuphar lutea, reed, rush and bulrush.

Part of the Reserve is the rock formations “The lion head”, the “Joyful rock”, as well as the St. Roma island, also known as the Snake Island.

In order to protect this unique territory, in 2002 it was declared Ramsar area No 65 (declared on 24 September 1975 for the Arkutino region and broadened on 24 September 2002, called Ropotamo Complex, with total area of 5,500 ha.

The locality is a shelter for many species of national and international significance, among which 7 globally endangered bird species, 2 plant species, 8 spineless animals, and 7 mammals. 5 Bulgarian and 12 Balkan endemites and 22 relict species have been found.

Any kind of human activity is forbidden in the Reserve, excluding its guarding, scientific visits and passing of people along the marked paths. The Reserve visits are performed only along the 8 determined paths, marked for crossing by visitors. All land and water routes are marked by indicative board signs and information boards.