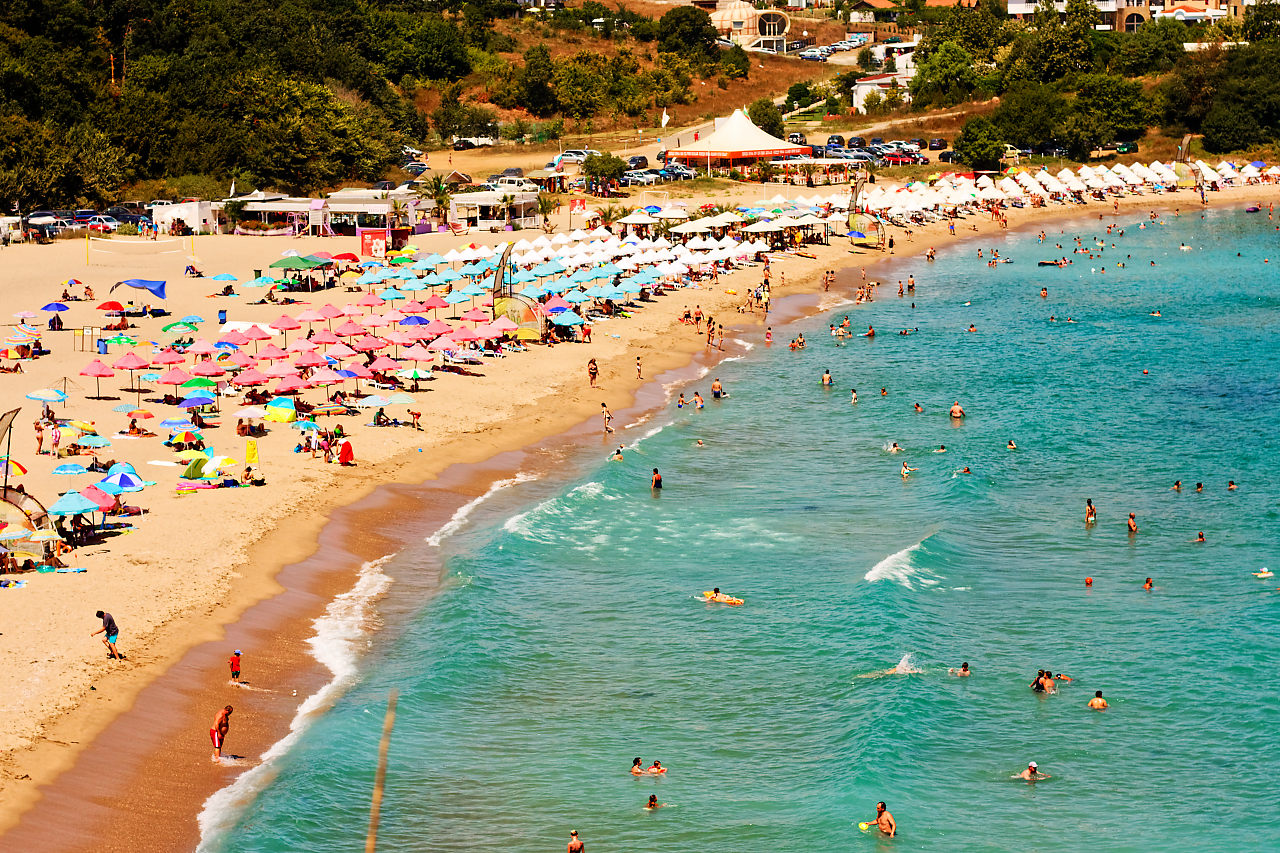 Butamyata Beach is the central, southern beach of Sinemorets and is one of the most visited in the region.

Due to the specifics of the location of the bay, the beach is shallow and the sea water is calm and warm. This makes the place preferred by families with children. On the north and south side the beach is surrounded by beautiful rocks and on the west side it is surrounded by dense forests, part of the protected Silistar area, extending in south direction to the beach named the same as the area – Silsitar Beach.

The size of the beach is about 400 m long and about 100 m wide, as it is guarded and has umbrellas, sunbeds, free zone and restaurants. Visitors can also enjoy a variety of water activities.

The name of Butamyata beach comes from the small river at its southern end, which flows into the sea. It was originally called Potamos (Ποταμός), which means river in Greek language. Over the time its name changed to Potamya, Potamyata until finally became Butamya, Butamyata.