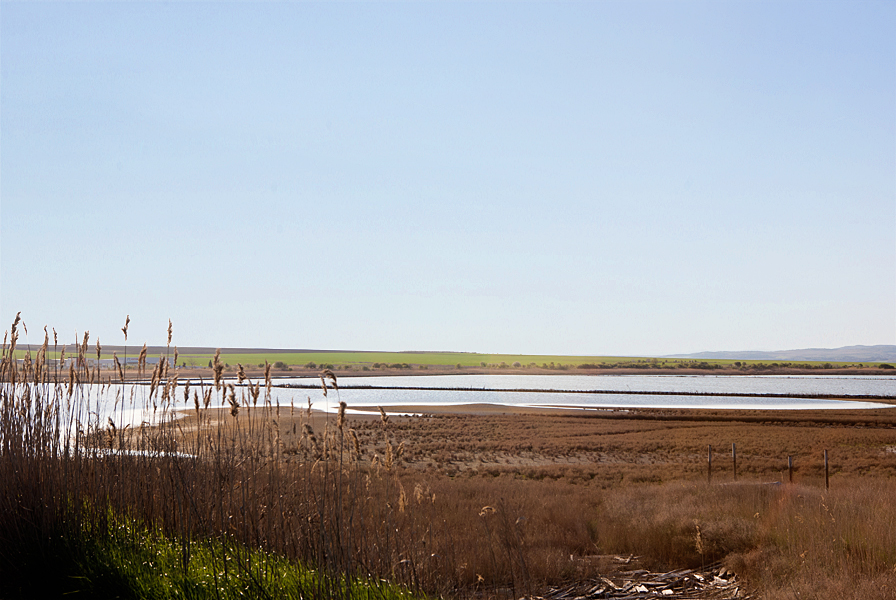 The maintained reservation Atanasovsko Lake is situated north-east from Burgas, in the direction to the city of Varna. In 1970, 170 ha of the north part of the lake were declared a protected territory, and in 1980 they were also declared a natural reservation. On 28 November 1980 the maintained reservation Atanasovsko Lake became a part of the Ramsar Convention (an international agreement for protection of water birds habitats).

The road Burgas – Varna separates the lake into two parts – a north and a south part. Their average debt is 30 cm.

In the past the lake was famous as a place for salt extraction. The salterns had existed since 1906, when the Atanasovsko Lake had been concessioned for 30 years for construction of salterns. Their construction was abandoned during the First World War. The lake was concessioned again in 1921 to a German company which enlarged the salterns area and in 1934 the first production was present. The salterns had been used by 1973. Even now, the vaporizers of the Black Sea salterns which extract sea salt are situated on the territory of Atanasovsko lake. The extraction of salt is performed in a primitive way, which has no negative influence upon the reservation inhabitants.

The lake is also known as a habitat of protected species. 316 bird species out of 400 which can be seen all over Bulgaria are found in the region. 14 of them are globally endangered: Pelecanus crispus, Phalacrocorax pygmeus, Branta ruficollis, Anser erythropus, Numenius tenuirostris, Crex crex, Aythya nyroca. 83 out of the 316 bird species are included in the Red Book of Bulgaria, and 170 species are of European natural protection significance.

The Atanasovsko Lake does not freeze during the winter, which turns it into a center of the hibernating water birds. The lake is situated on the migratory way Via Pontica. Together with the rest of the lakes in the Burgas region, it is one of the most favorable places for accommodation of pelicans and storks between the delta of Danube and the Bosporus.

More than 250 plant species are found. Multiple sections are weeded to a various degree with Salicornia europaea, and also Typha angustifolia, Typha latifolia, etc. can be seen.

Together with the Iris pseudocorus, Limonium gmelinii and Merendera sobolifera, here visitors can see multiple orchids. The most interesting representative of theirs is the bird nest. It is an almost colorless orchid, and its roots are so tangled that they look like a bird’s nest, where its name comes from. All wild orchids in Bulgaria are protected species.

A shelter for observing of birds is situated in the north outskirts of Burgas, at the exit for Varna, in the south part of the lake. One can reach it by a motor vehicle, public transportation, by bicycle or on foot. The shelter has special observation windows so the birds will not be disturbed. There are appropriate optical devices for observing and information about the reservation species in the shelter.

The access to the lake is allowed only by the determined routes.