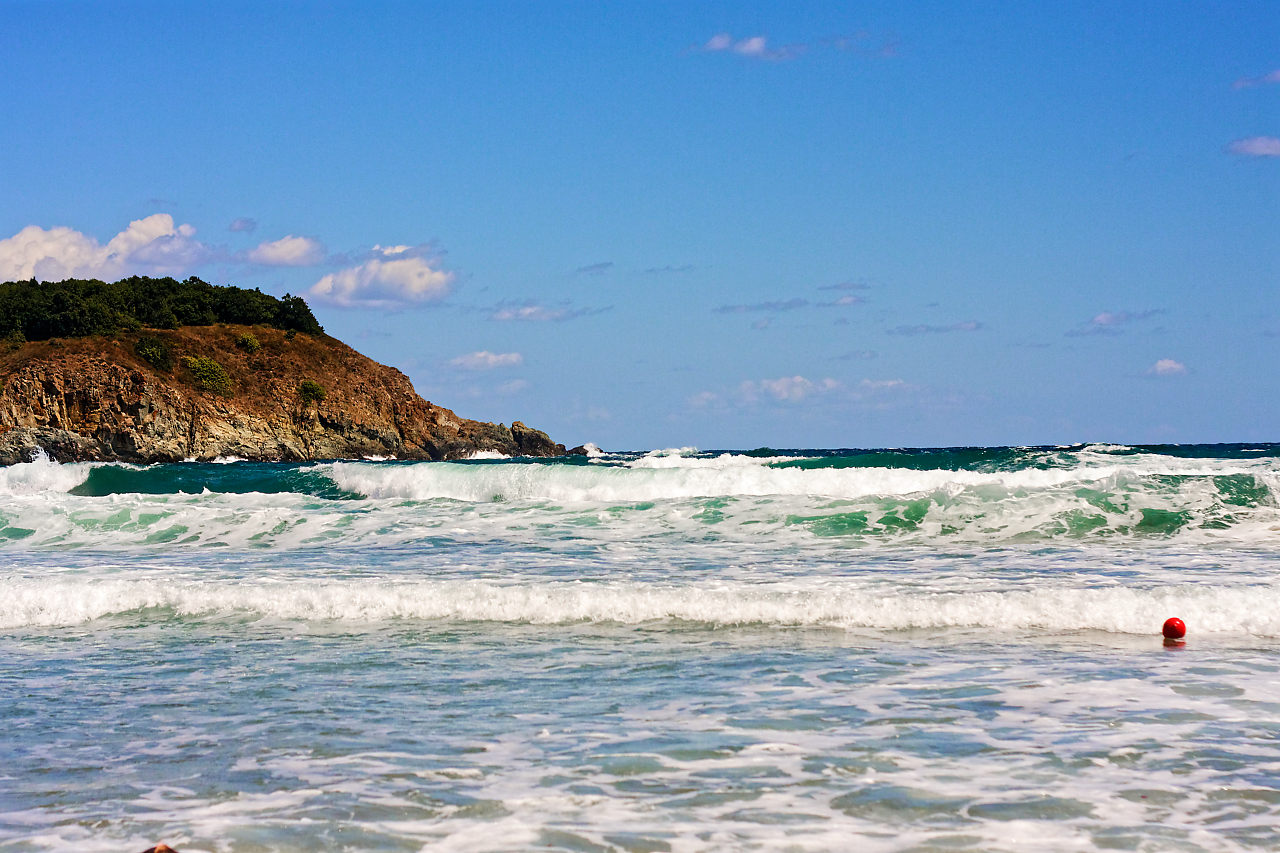 The southern beach of Kiten covers almost the entire coastline of the city.

The beach is divided into two parts – Kiten Beach – South and Kiten Camping site Beach. Its length is almost 1400 m.

Together with the other beach of Kiten, Atliman Beach, they occupy a total area of about 145,000 m2. To the south the beach reaches the mouth of the Karaagach River, and to the north to the beginning of the rocky Urdoviza Peninsula, where a port quay has been built.

The beach itself is spacious with nice and clean sand. The Access is convenient and the proximity of the beach to the city often makes it a preferred choice for many visitors.

The southern beach of Kiten is guarded as there are available umbrellas, sunbeds, free zone area and restaurants.