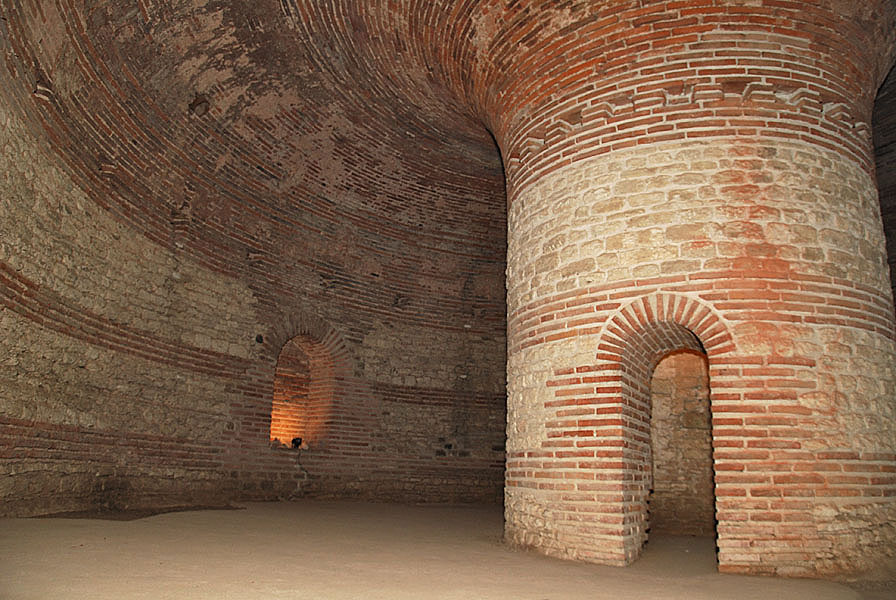 The antique beehive tomb in the town of Pomorie is situated to the west from Pomorie, close to the road for Burgas. The tomb dates back to the 2nd – 3rd century AD. It is believed that it had served as a heroon (a mausoleum) of a rich Anhialo family, in which religious pagan rituals had been performed.

The tomb consists of a 22 meters long corridor (dromos) and a round chamber with diameter of 11.60 meters and height of 5.50 meters. It was built by stone and bricks. The tomb was arched by a semi-cylindrical arch. There is a hollow column with diameter of 3.30 meters in its center. The column broadens in length and merges with the external wall. There had been a winding staircase which had led to the mound surface on the internal site of the hollow column. There are five niches in which the urns of the diseased had been placed on the bypass wall. It is supposed that the walls had been covered with drawings, but nowadays the visitors can only see traces of green plaster.

The tomb is the only one of its kind on the Bulgarian Peninsula. Its architecture and construction impress visitors even nowadays due to its perfect implementation. Many architects from the entire world study the tomb in order to find the secret of its mushroom-shaped dome. It was declared an architectural and constructional monument in Issue 35 of the Stage Gazette of 1965.