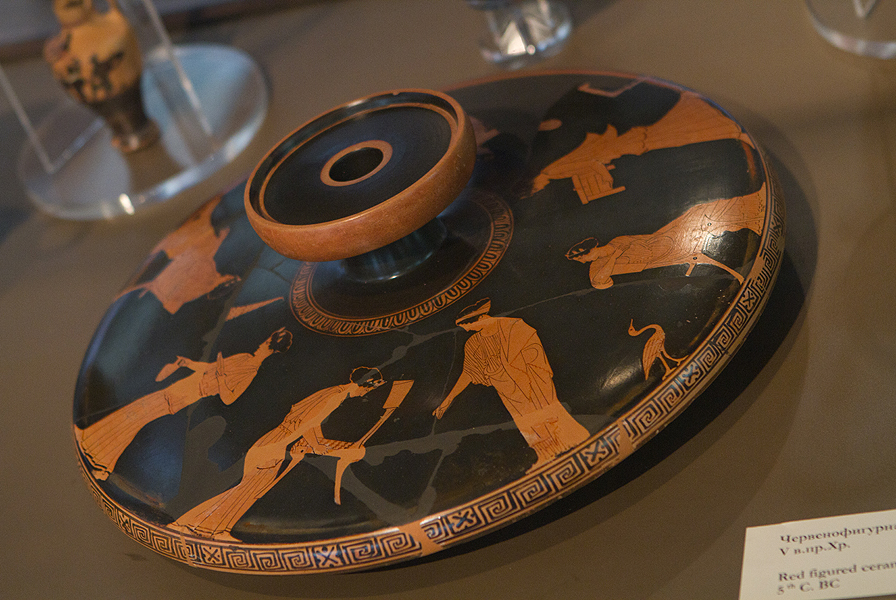 The Archaeological Museum in Sozopol is located in the old part of the town. It is housed in the building of the St. Cyril and St. Methodius Temple, as well as in several halls provided by the Cultural Centre of Sozopol.

The Archaeological Museum reveals the history and the millennial cultural traditions of the town of Sozopol from the end of the 6th millennium BC to the 17th century AD. The most impressive are the collections of stone and lead anchors and bayonets – 2nd – 1st millennia BC, the ancient Greek painted vases – 6th – 5th centuries BC, and the antique and medieval amphorae – 6th century BC – 14th century AD.

Visitors of the Archaeological Museum can see the alabaster casket containing for centuries the relics of John the Baptist and a small box with a Greek inscription talking about the journey of the relics to St. Ivan Island.

The saint’s relics were discovered during archaeological excavations on the nearby St. Ivan Island in the summer of 2010. Today the valuable relic is often displayed in other towns, but when in Sozopol it can be seen in St. George Temple.