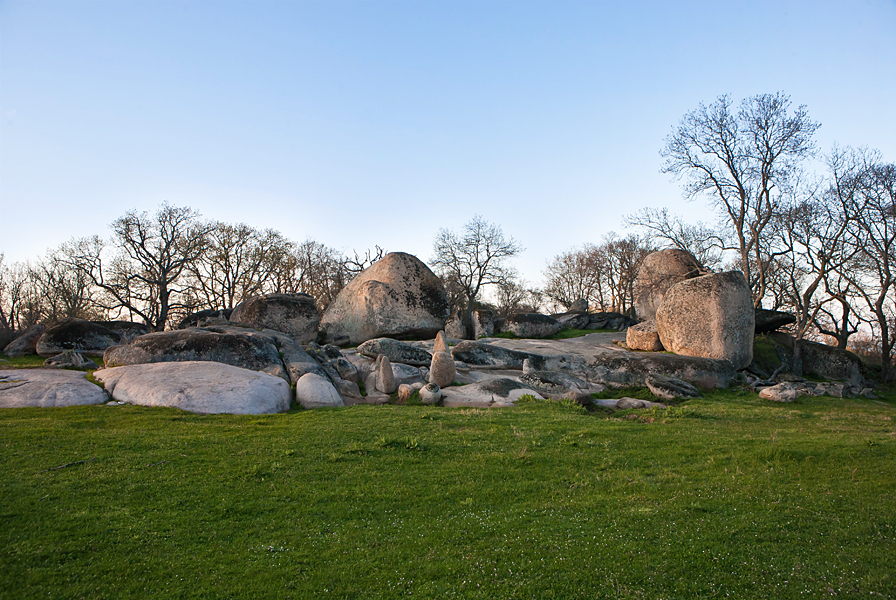 The Thracian sanctuary Beglik Tash is located in the highest part of cape Beglik Tash (128 meters above sea level), near Primorsko. It covers an area of 6 decares. It is located in a forest territory, which used to be part of the hunting residence of the former communist head of the state Todor Zhivkov (ruled 1954 – 1989). Therefore one of the greatest discoveries regarding the Thracian history on the southern Black Sea coast and Strandzha remained unknown to science until 2003.

The entrance for the sanctuary is from the southwest. A stone “marriage bed” can be reached by a cliff path. Two sacrificial stones surround the bed. Deep baths are dug into them, connected by outfalls for pouring of ritual liquids – wine, milk, olive oil, rain water. A throne of stone stands next to them; deep outfalls and crossing lines are dug around it, which join and form a large rectangular “sharapana”. Three “menhiris” (large round stones) lie in the eastern part of the circle. At the top of the highest “menhiri” is carved a “divine step”, 0.6 meters long, 0.34 meters wide. The same “divine step” can be found in the opposite southern section at the foot of the rock terrace. The divine steps mark the innermost sacred place, only determined for the ones, who are initiated to participate in the mysteries.

So far, the central platform of the sanctuary is best researched. It is slightly raised above the surrounding terrain; cave elements, which used to serve in rituals, lie in a circle with diameter of 56 meters at the platform. They have preserved their natural characteristics, but were moved and shaped by humans with the typical sacred symbols and signs. Behind them stands an astronomical clock, made of 16 flat round stones. Near it is the “Labyrinth” – the path of ordeal – and a huge dolmen, representing the “holy cave”, where the Mother Goddess gave birth to her son – the Sun God.

Pottery, stone tools and weapons, flints, coins, etc. were found during archaeological explorations. They show that the place was created in the middle of the 2nd millennium BC and was destroyed in the beginning of the 4th century AD. The lack of later constructions upon it has allowed the preservation of the unique sacred elements in their original form.