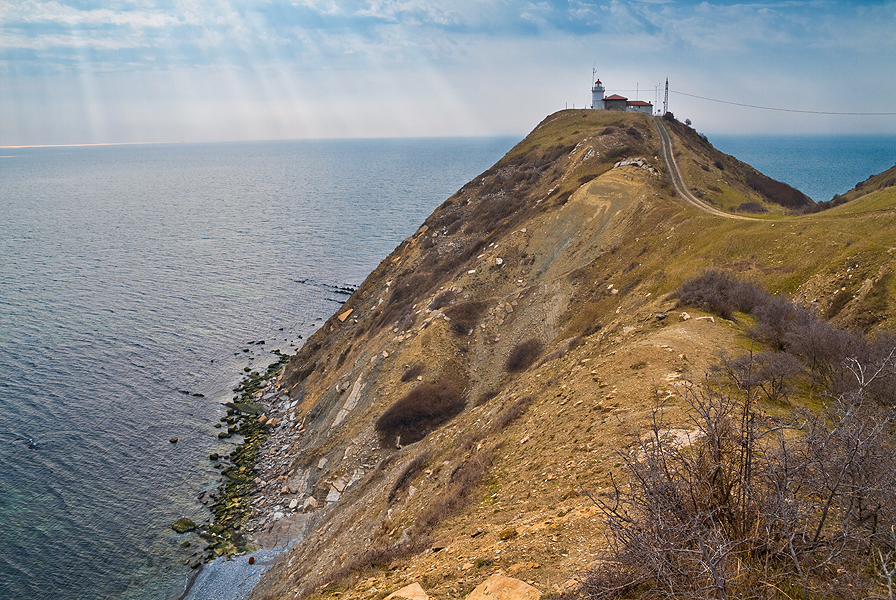 The cape is a vertical, almost 60 meter high cliff. There are hundreds of underwater and above water cliffs over 250 meters from the cape. Therefore, the coast is very dangerous for shipping, and sailors avoid it. There’s a lighthouse at the cape, directing vessels to the Burgas bay.

There are remains of a medieval monastery and remains of the fortress Emona in the area of cape Emine. The village of Emona is also located in the vicinity.

The European pedestrian road E-3 ends at cape Emine. The road in its Bulgarian part is from Kom to Emine. The protected area Irakli is located north of the cape. The beach between the resort of Irakli and cape Emine is one of the most beautiful ones and is preferred by nature lovers and nudists.