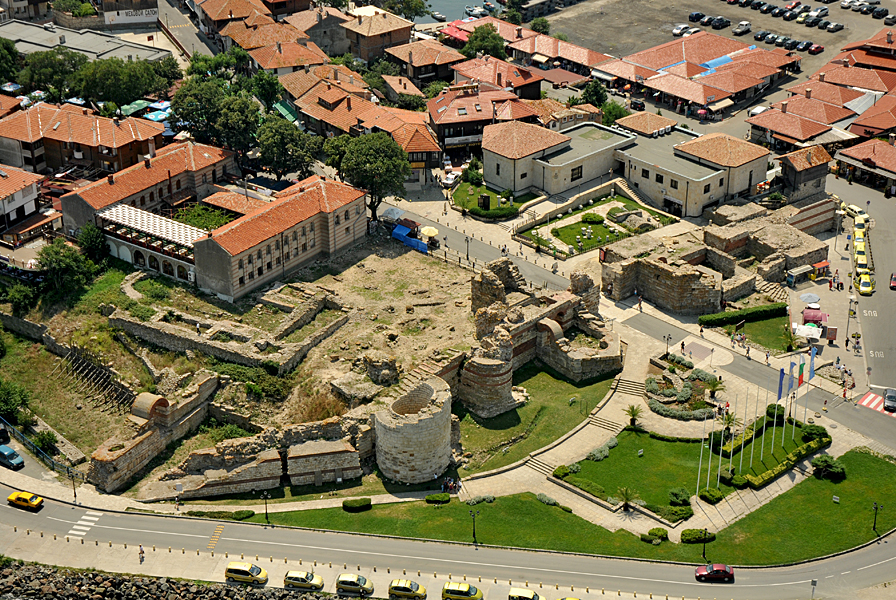 Ancient Nesebar Museum includes the sites of Nesebar Architectural-Historical Reserve which are open for tourists to visit. These are St. Stefan Church, St. Spas Church, the Archaeological Museum, and the Ethnographic Museum.

Nesebar is a town with ancient history. The numerous archaeological finds prove that it was established more than 3000 years ago. The four exhibition halls of the Archaeological Museum tell the history of the town. Artefacts, such as adornments, tombstones, and stone statues from all historical periods can be seen there.

After Christianity became an official religion in the Byzantine Empire there was a building boom of Christian temples on the territory of the town. It is even believed that there were more than 40 of them. St. Stefan Church, also known as the New Metropolia, dates back to the period 11th – 13th centuries. It has the design of a basilica with a nave and two isles made of stone blocks and bricks. The church was decorated in 1599. More than 1000 figures in 258 compositions are painted in it. Scenes depicting the miracles of Christ can also be seen there. The church preserves an original-style painted iconostasis from the end of the 16th century and a fretted bishop’s throne and pulpit from the end of the 18th century. The church is not a functioning one. It has been converted into a museum. It is located near the amphitheatre in Nesebar.

St. Spas Temple is also transformed into a museum. It was built in 1609 financed by a wealthy citizen of Nesember. It was decorated by an unknown master in the 17th century. The tombstone of Byzantine Princess Mataisa Kantakouzene Palaiologina was kept in its floor for many years. The tombstone is now exhibited in the Archaeological Museum of Nesebar. The temple was declared an architectural-construction monument of culture of national importance by virtue of publication in State Gazette, issue No 41 of 1964.

The Ethnographic Museum is also situated in Old Nesebar. The exhibition set up there presents the way of life, the traditional costumes and the holidays of the people of Nesebar. The museum is housed in the building of Moskoyani House, which is a typical representative of the Nesebar residential architecture. It was built in 1804 and was owned by Panayot Moskoyani, a wealthy trader.

The entire Old Nesebar is an open-air museum. Apart from the two churches and the archaeological and ethnographic museums which preserve the history and the memories of the ancient town, traces of different historical periods can be seen all over the town. The remains of the Basilica of Madonna Eleusa can be seen on the northern shore of the peninsula, while the remains of thermal baths from late Antiquity and other churches lie inside the town.

In 1983 Old Nesebar was included in the List of World Cultural and Natural Heritage Sites of UNESCO. The beautiful ancient town was among the 10 finalists in the Wonders of Bulgaria Ranking conducted in 2011.