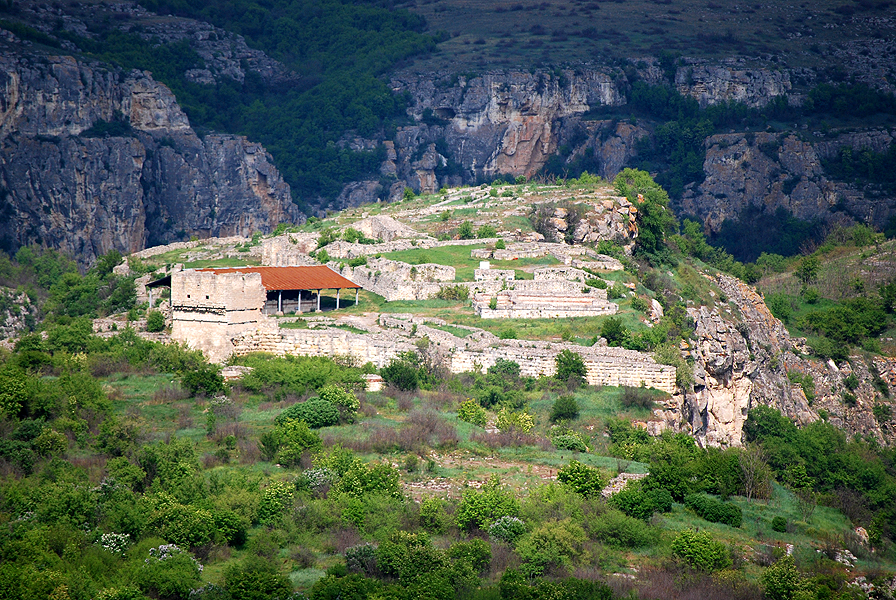 The medieval fortified town of Cherven is situated at a distance of about 30 km south from the town of Ruse, within the borders of Rusenski Lom Natural Park.

The town is heir of a Byzantine fortress of the 6th century and it reached its greatest progress in the 14th century. The medieval locality included an internal town – a citadel placed upon a high rock plateau and an external town, situated in the foot. Cherven was one of the largest military and administrative, economic and cleric cultural centers of the Second Bulgarian Kingdom (12th – 14th century) and an important stop along the roads from Danube river to the internal part of the country, and as of 1235 it had become a headquarters of the Cherven Bishop’s Residence. A number of rock monasteries were established in its localities. In 1388 it was conquered and demolished by the Ottoman Turks. In the initial period of the Ottoman Dominion it preserved its administrative functions but it gradually declined. In the 17thcentury it lived through a new period of economic revival.

A castle, fortified walls, two underground water-supply passages, 13 churches, social and administrative buildings, many residences and other interesting and significant finds were made during archaeological researches in the region. Among them are a number of coin treasures, jewels, monuments, ceramics, domestic articles, craftsmen tools, guns, etc.

Visiting of the site can be performed by a motor vehicle or on foot. Hiking around the medieval ruins can be combined with examining the natural landmarks in the natural park. Ecological routes leading to most of them are made. The beautiful cave Orlova Chuka is also situated nearby. Other two interesting sites are also situated in close proximity – the Ivanovo Rock Churches, included in the UNESCO World heritage list, and the Basarbovski Monastery – the only active rock monastery in Bulgaria.

The medieval town of Cherven was declared an archaeological reservation by Resolution No 953 of the Council of Ministers of 1997.