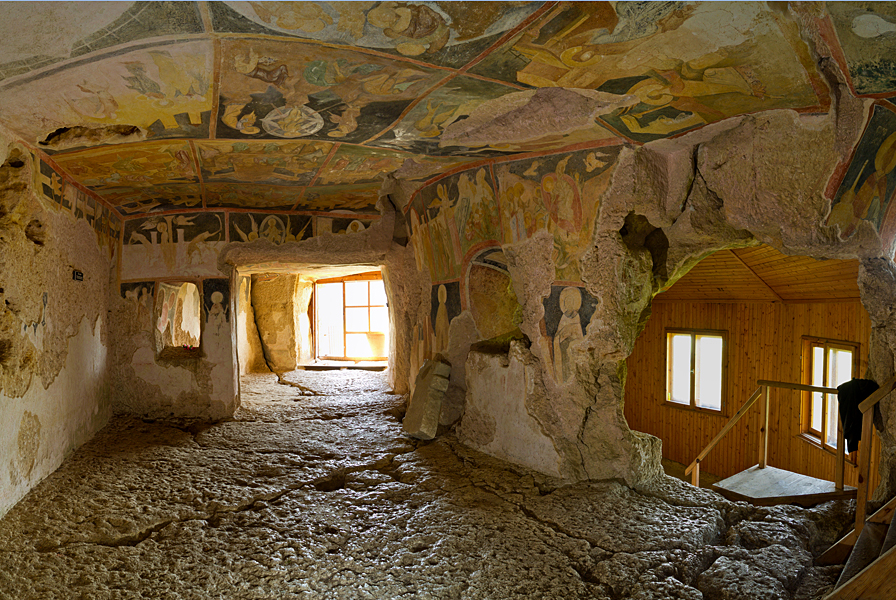 The rock monastery “St. Archangel Michael” is situated 22 km from Ruse, in close proximity to the village of Ivanovo, within the borders of Natural Park “Rusenski Lom”. An asphalted road with designative board signs leads to the complex, and there is a parking lot at the foot of the rocks. A stair system in the rocks provides access for visitors to the various churches and chapels in the region.

The monastery was founded in the 1220s by the monk Yoakim, who later became a Bulgarian patriarch. The Bulgarian tsars Yoan Asen ІІ (1218-1241), Yoan Alexander (1331-1371) and other representatives of the royal court, were among the monastery donators, and their donor’s portrait are preserved to the present day.

The monastery joins a number of complexes of rock premises. Wall-paintings which show the specifics of Bulgarian church art in the 13th – 14th century are preserved in six of the temples. During the Second Bulgarian Kingdom (12th – 14th century) the monastery was established as a great spiritual and educational center. Wall inscriptions in the cells provide information about important historical events.

The wall paintings in the church “St. Mary” are world famous. They are among the most representative models of Paleologus Art on the Balkan Peninsula. Their exceptional artistic qualities are the reason for their inclusion by UNESCO in the list of the global cultural inheritance.

In the 14th century the monastery become a center of hesychasm – a mystic trend in Orthodox Christianity. The Ivanovo Rock Complex had also existed during the early ages of the Ottoman Dominion, but it had gradually declined.

In 1978 it was declared a National Archaeological Reservation. Nowadays the monastery is not active.

Information materials and souvenirs are sold in the complex.