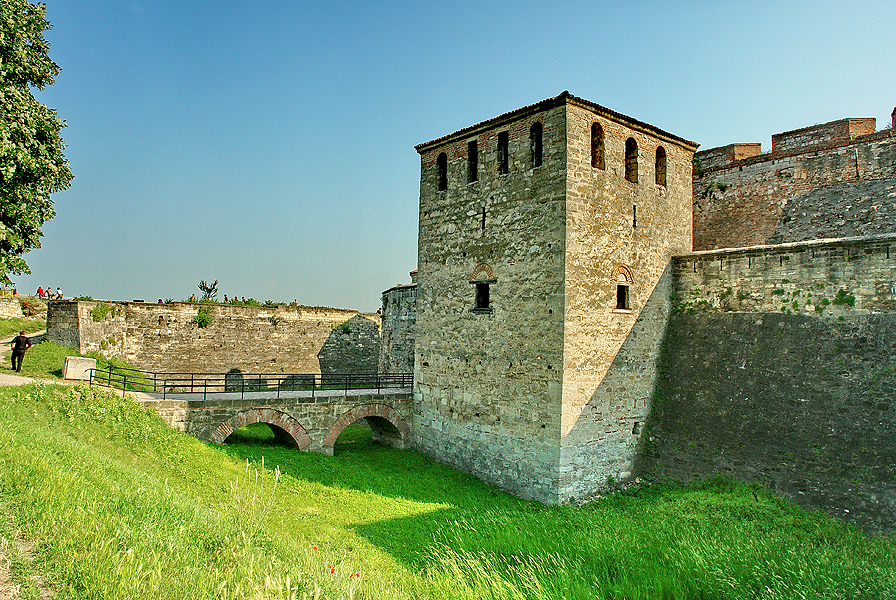 The Babini Vidini Kuli fortress, also known as Baba Vida Fortress is situated on an area of 9.5 decares on the bank of the river Danube, in the northern part of Vidin.

The fortress was raised upon the remains of the ancient town of Bononia. The construction of the medieval castle began during the second half of the 10th century, but during the Second Bulgarian Kingdom (the end of the 12th – 14th century) the basic construction was performed. The last Bulgarian king before the falling of Bulgaria under the Ottoman dominion, Ivan Stratsimir (1324– 1397) had lived in the fortress.

According to a legend, Vida had been the eldest daughter of a wealthy Bulgarian boyar. Due to the unsuccessful marriages of her sisters – Kula and Gamza, Vida rejected all of the proposals for marriage, built the castle and remained in it for the rest of her life.

During the Ottoman rule, the warehouse premises for food and ammunition and guard-rooms were separated in the fortress. And after the Liberation (1878) the access to it was forbidden because the site was used by the army.

The first excavations in the fortress from 1956 to 1962 uncovered remains of the Roman, Byzantine, early Bulgarian, late Bulgarian and Ottoman age.

Baba Vida was opened to visitors in 1958 and a museum was arranged in the fortress.

In 1964 the medieval castle was declared a monument of culture, having national significance.

The fortress is surrounded by a moat, which was sometimes filled with water from the river Danube, and the bridge was mobile. Baba Vida had nine corner and intermediate towers with the walls and the towers ending with loop-holes.

The grounds of a chapel from the 13th-14th century were found during excavations in the fortress.

At the moment two of the towers are accessible for visiting. There is a prison in the fortress, in which torture devices can be seen. The figures of an executioner and a prisoner with which the tourists often take pictures are attractive. Cannons and gallows are exposed on one of the terraces.

Baba Vida is among the most preserved medieval fortification constructions in Bulgaria, which is why it is not accidentally often chosen as a set for shooting movies. The summer theatre of Vidin where concerts, theater performances and other shows are conducted, is also situated in the fortress.

Post cards, souvenirs and information materials can be bought for a memory of the fortress.