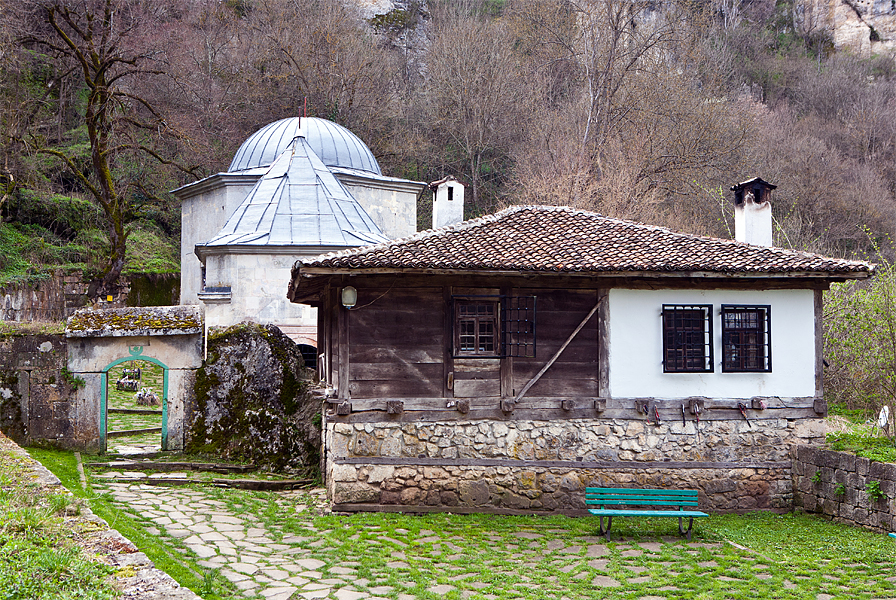 Demir Baba Tekke is situated within the borders of the historical and archaeological resere “Sboryanovo”. The reserve covers the territory in the west part of Ludogorsko Plateau, along the river valley of Krapinets river, between the villages of Malak Porovets and Sveshtari, in the Municipality of Isperih. It is a unique complex consisting of settlements, sanctuaries and necropolises dating back to antiquity.

The Tekke (a tomb) is honored by the Alevii (also known as Aliani). This is an ethnic and religious group among Muslims, which have their own customs and beliefs. They do not observe the established Muslim rituals, but they honor the tombs (turbes) of their saints. One of them is Demir Baba (the Iron Father).

There are no exact historical evidences of Demir Baba. According to the local residents, he had lived in the 16th century. Many legends speak of his power and the miracles he had done.

The place on which the Demir Baba Tekke was built in the beginning of the 17th century, was a sacred place for the various tribes and peoples which had been residing in this region more than 2000 years before its building. Christians also honor the place. According to the legends, there was an ancient Thracian settlement, a Bulgarian consecrated ground, and a monastery here. Only the turbe (the tomb) of Demir Baba has survived of the numerous constructions. The sacrificial rock by the entrance of the internal yard of Demir Baba Tekke is also preserved. There are also other interesting places in the region, among which the Sveshtarska Tomb, included in the list of UNESCO of the global cultural inheritance.