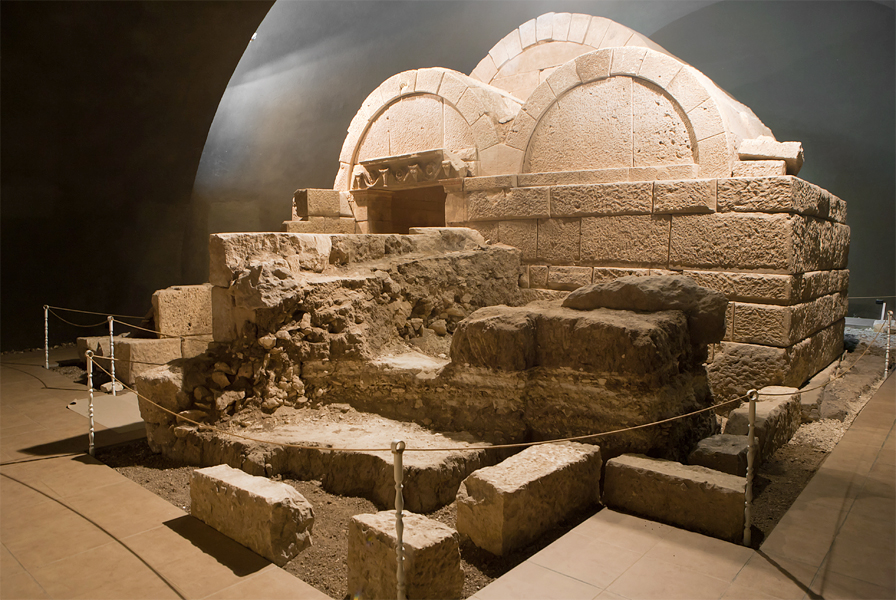 The most significant find on the territory of the historical and archaeological reservation of Sboryanovo is the Sveshtarska Thracian Royal Tomb. It was found in 1982 during excavations at Mound No 7 of the East Mound Necropolis of Sboryanovo (Ginina Mogila).

It was constructed in the first quarter of the 3rd century BC and represents a unique monument of the Thracian tomb architecture. It has significant size. Its length is 7.5 m, its width at the façade is 6.5 m, and the height of the tomb chamber (on the inside) is 4.45 m. The tomb was constructed by large limestone blocks. It consists of a dromos (corridor) and three premises-chambers, as each chamber is covered by an individual arch.

The tomb decoration is within the spirit of the Hellenistic culture but it is transformed through the vision and beliefs of the Getae (a Thracian tribe). The body of the diseased ruler was laid in the chamber. The unfinished decoration on the walls and the ceiling shows that he had died before his eternal home was completed. The chamber ceiling is held by statues of women with raised hands – caryatids, whose faces and hairs still preserve the remains of a colorful decoration. A scene of divinization of the ruler is presented on the ceiling.

Due to its remarkable architecture and its artistic decoration, the Sveshtarska tomb is included in the list of global cultural inheritance of UNESCO of 1985.