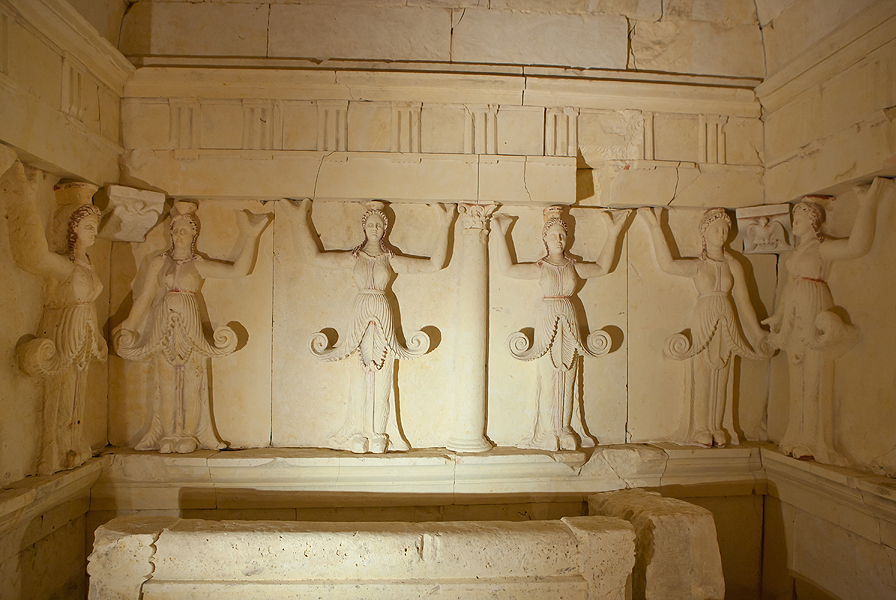 The Sboryanovo Historical and Archeological Reserve is situated in the western part of the Ludogorsko Plateau along the banks of the Krapinets River, between the villages of Malak Porovets and Sveshtari, in the Isperih Adminstrative Region. It is a unique complex of age-old villages, sanctuaries, and necropolises. The site was declared an official historical-archeological reserve by Decision 19 of the Ministry Council taken on December 8, 1988. As of the present, the complex has registered more than 140 archeological sites from different historical eras. The most interesting of these are The Sveshtari Necropolis, the Islamic tomb of Demer Baba, a fortified Thracian city, the Thracian sanctuary Kamen Rid (Rocky Heights), and a Medieval village near the small settlement Byuven.

The most noteworthy discovery in the complex is the Sveshtari Tomb, a Thracian king’s sanctuary and necropolis. It was unearthed in 1982 during excavations of Burial Mound №7 at the Sboryanova Eastern Necropolis Mound (The Ginina Necropolis). Built in the 3rd century BCE, it occupies a unique place in Thracian tomb architecture.

Thanks to its remarkable architectural and aesthetic features, this site was included among the UNESCO World Heritage Sites in 1985.

The Tomb of Demir Baba was built at the beginning of the 17th century, but the site had been venerated by a number of inhabitants and tribes for more than 2000 years before that. Of the many structures erected here, only the tomb of the Alevi (Shiite) saint Demir Baba remains. Of particular interest is the stone altar that has been preserved at the entrance to the inner courtyard.

The sites are open to visitors year-round during daylight hours, and there is a paved road leading to the tombs. A developed walkway and stairway begin at the parking area for Sboryanova’s Ahinora Shelter. Visitors may explore on their own (there are informative markers), or they may hire a guide at the Visitor Center located near the Sveshtari Necropolis.

The Geti (a Thracian tribe) had their capital Helis in what is now the Sboryanovo Reserve, and its remains are another of the complex’s important archeological sites. Helis is a fortified city built at the end of the 4th century BCE that covers an area of more than 100 hectares. The site is accessible by a well-maintained paved road that connects the villages of Porovets and Sveshtari and traverses the reserve. Visitors may explore this site on their own following the information signs or they may hire guides at the Visitor Center near the Sveshtari Necropolis.

The Kamen Rid (Rocky Heights) sanctuary dates to the early Stone Age, and was also built by the Thracian Geti to sacrifice to their sun god. The site may be reached via a wide hiking trail that begins at the parking area in front of Sboryanova’s Ahinora Shelter. Visitors may explore Kamen Rid on their own or they may engage guides at the Sveshtari Necropolis Visitor Center.

The village near the small settlement of Byuven dates from the early Middle Ages. It is an ensemble of excavated and partly excavated dwellings, fields, and impressive structures. Researchers have also uncovered a small chapel in the area.