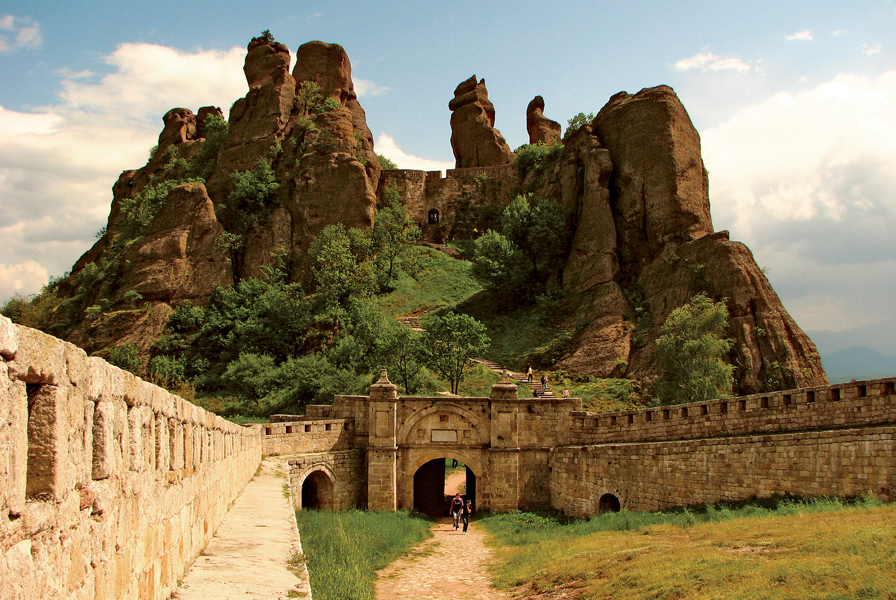 The Belogradchik Fortress is situated at a distance of 1.5 km from the town of Belgradchik among the renowned Belogradchik Cliffs.

The fortress has existed since Roman times. In 1st – 3rd century AD the Romans built roads in the new provinces of the empire on the Balkan peninsula, as well as fortresses to guard them.

The mission of the Belogradchik Fortress was to control the road from the town of Ratsiaria (near the today’s village of Archar in the region of Vidin). The Romans constructed the highest part of the fortress, called The Citadel.

There are remains of another fortress at a distance of a few meters from it – Latin Stronghold, which served as an assisting fortification.

Upon the separation of the Roman Empire in 395 the Balkan lands entered within the borders of Byzantium. In the end of 7th century the Belogradchik Fortress fell within the territory of the newly created Bulgarian state.

During the time of Tsar Ivan Sratsimir (1356 – 1396) the fortress was broadened and fortified. In 1396 the Ottomans conquered it and later reconstructed it. Garrison for protection of the west part of the empire and for oppression of the Bulgarians’ revolts was built.

In 1850, when the Belogradchik Uprising was routed, its leaders were taken away through one of the fortress tunnels and beheaded. On this place today raises a monument of their heroism. In 1885 during the war between Serbia and Bulgaria(1885) the fortress was last used as a military installation. It was declared an architectural and constructional monument in Issue 41 of the State Gazette of 1965.

The Belogradchik Fortress has three yards separated from one another, the total area of which reaches 10 210 square meters, and one fortification. Even nowadays embrasures (openings) for guns and three bastions and embrasures for cannons can be seen on the fortress walls.

The highest point of the fortress, called First Slab, reveals a beautiful view towards the Balkan.

The region is very popular among the tourists because of the beauty of the Belogradchik Cliffs and the multiple historical landmarks. The Magura cave is also situated near Belogradchik, where rock paintings are preserved, dating back from various historical eras.