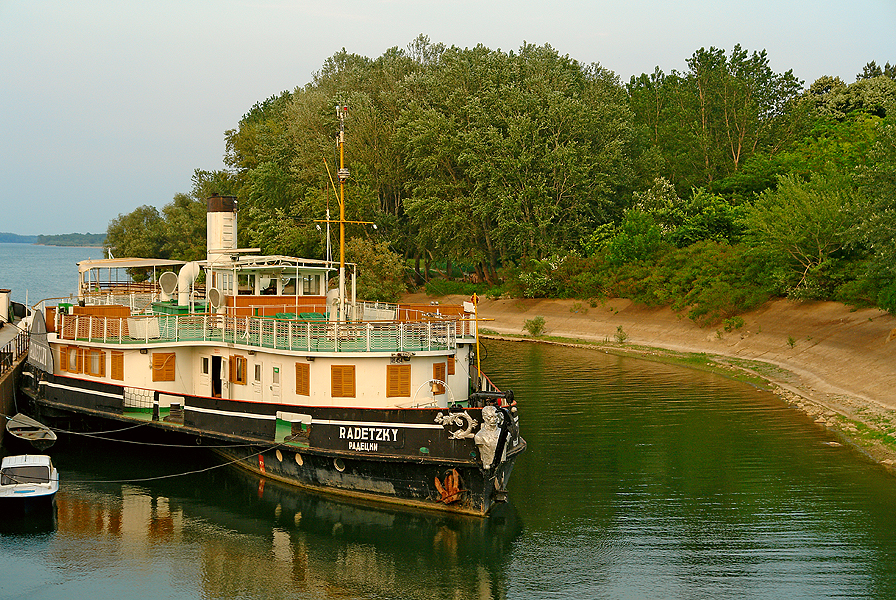 The Radetski Steamship National Museum in the city of Kozloduy was established by the Council of Ministers on March 16, 1982. It includes the steamship Radetski and a picture gallery opened in 1989-1990.

The steamship and museum are entirely dedicated to the life and activities of the Bulgarian revolutionary Hristo Botev, and commemorate the tragic defeat of his detachment, who took part in the national liberation movement that sought to free the country from Ottoman rule (1876-1878). The Botev detachment was formed on the initiative of the Gyurgevsky Revolutionary Committee, the group that also organized and initiated the 1876 April Uprising.

The leader of the detachment was the brilliant poet and revolutionary Hristo Botev (1848-1876). The noble aspiration to free Bulgaria united the 205 members of the detachment, who came from all parts of the country. Disguised as landscape gardeners, they boarded the Austrian steamship Radetski at different points in Rumania, along the Danube. On May 17, 1876, between Beket and Kozloduy, they decided on a daring plan – to commandeer the ship and force it to land at Kozloduy. Their heroic efforts during the April Uprising presaged the events to come during the Russo-Turkish war that liberated Bulgaria in 1877-1878.

The Austrian vessel Radetski was built in 1851 at the Obuda Naval Works in Budapest, then part of Austro-Hungary. The ship was christened in honor of Field Marshall Josef Ventseslav Radetski (1766-1858), of Slovakian descent, whose bust can be seen today on the ship’s prow.

In 1906, on the occasion of the 30th anniversary of Bulgaria’s liberation, it was decided to erect a war memorial and museum near Svishtov. The idea was to divert the river Tekir from its course and into the flow of the Danube, and to permanently dry-dock the Radetski a that location. To accomplish this, it was necessary to purchase the ship from the First Imperial Danube Ship Works in Vienna. The political turmoil that beset the country at that time made it impossible to realize the plan, and it was forgotten.

In 1918, the ship was decommissioned, and in 1924 the Austrian Steamship Company decided to scrap it.

In 1925, the ship’s former captain, Dagobert Englender, conveyed to Bulgaria elements of the ship that had been spared: the ship’s pennant, the ship’s seal, the original ship’s license, a copy of the ship’s manifest for its entire complement, a copy of Botev’s letter in French to the captain and passengers, and two planks taken from the deck (one from the place where Botev had stood to order the captain to bring the ship around so that the detachment could disembark).

Inspired by these relics and supported by the 1,200,000 Bulgarian children who collected funds for building materials, the Steamship Radetski was reconstructed to honor Botev on the 90th anniversary of his death.

The captain’s cabin and crew’s quarters are exact replicas of the original Radetski.

In 1966, an exhibition was mounted entirely dedicated to the life and achievements of Hristo Botev and to the fate of his detachment. The exposition is now located in the ship’s first-class salon, and the highlight of the exposition is the desk on which Botev wrote his historic letter. Also preserved are the inkwell and pen holder of the captain who commanded the ship on the night that it landed to discharge the detachment.

After the ship was reconstructed, it made a ceremonial voyage to Vienna and Budapest. In 1973, the ship was again renovated.

At present the Radetski rests at its own mooring at the Kozloduy docks.