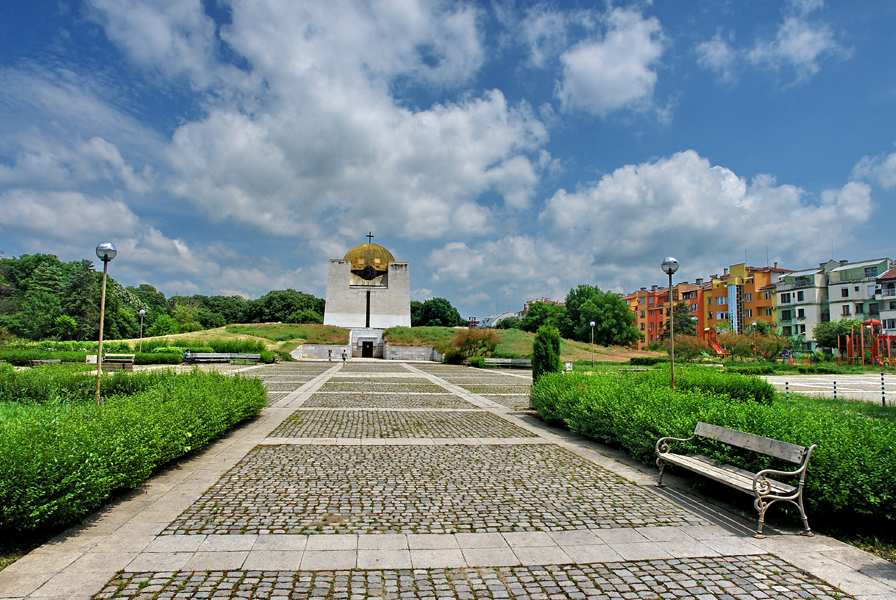 The Pantheon is located in the old cemetery of the city of Ruse, in the Park of the Heroes of the National Revival.  The Pantheon was built to commemorate the Bulgarians who gave their lives for the liberation of Bulgaria. It is a memorial-ossuary and houses the remains of 453 revolutionaries and Opalchentsi (members of voluntary Bulgarian army units who took part in the Russo-Turkish War of 1877-1878), freedom-fighters, cultural activists and educators.

The Pantheon also houses the remains of the first educators of the town of Ruse – Teacher Gragni, Teacher Toni, Nil Izvorov, Tsani Ginchev, Dragan Tsankov, who laboured in the name of science and education in the 18th and 19th centuries.

The monument also immortalizes the names of the members of the Chervenovodska Detachment of volunteers who took part in the Serbo-Turkish War of 1876.

The Pantheon further honours Baba Tonka (“Grandma Tonka”) and the Obretenov family – fighters for the liberation of Bulgaria from Ottoman rule, who lived in the city of Ruse in the 19th century.

The memorial was inaugurated on 28 February 1978 on the occasion of the 100th anniversary of the Liberation of Bulgaria from Ottoman rule.

In 2000 a chapel and a museum collection of documental materials were added to the Pantheon.

The Pantheon of the Heroes of the National Revival is listed among the best 100 Tourist Sites of Bulgaria.

Information materials and souvenirs are available for purchase at the site.