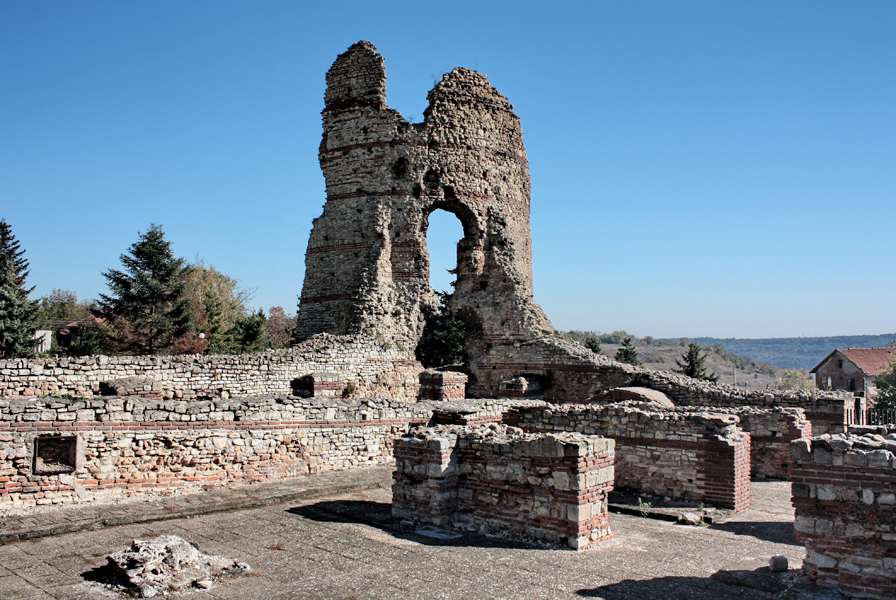 The town of Kula is situated in north-west part of Bulgaria, 35 km southwest from Vidin. The remains of the Late Antiquity fortress of Kastra Martis are located in the very center of Kula.

The fortress was declared an architectural and constructional monument by Issue 41 of the State Gazette of 1965. Its construction is related to the history of Bulgarian lands during the Roman and the Early Byzantine Age /1st – 4th century/. The remains of the fortress are situated in the historical park of Kastra Martis. The museum collection consisting of the finds made during fortress researches is located in close proximity to the fortress remains. The fortress was guarding the important Roman road from Boninia (Vidin) to Singidunum (Beograd).

During archaeological researches it was established that a small Thracian settlement was existing on this very slope before the fortress was constructed. People had been residing inside it as early as the first millennium BC and had continued to live there during the first centuries of the existence of the Roman Empire. The fortress consists of two parts – a small square fortification – quadriburgius and a castle, situates to the south of it. The two parts were built in different periods.

The fortress was subjected to demolition during the Goth invasions in the end of the 4th century, but it was most harmed by the Hun raids during the first half of the 5th century.

Various tools are presented in the museum collection: agricultural, cattle-breeding, stone-processing, building, etc. used in the ancillary economy of the military unit, located in the fortress. Clay lamps and variously shaped vessels covered in green and brown enamel are evidences of the residents’ life. Bronze fibulas and coins from the 4th – 5th century are also presented. Spear and arrow tops are evidences of the intense events which the fortress had endured, since it had an important role for the protection of these lands in the 4th – 5th century.

The constructed panoramic platform looking at the main street of the town gives the visitors the possibility to enjoy the beauty of the fortress in its whole. Night lighting of the castle is also provided.