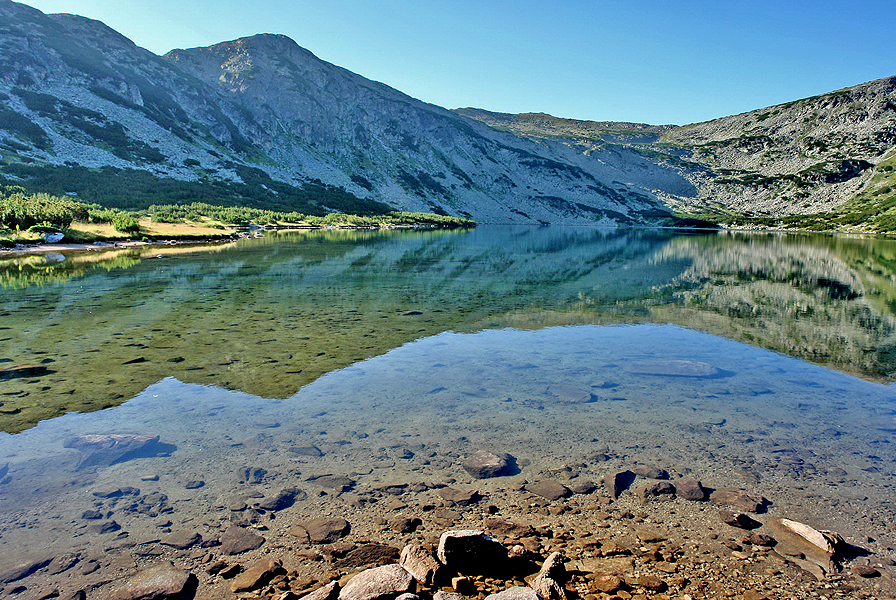 The Natural Park “Rila Monastery” is situated on the territory of Rila municipality and covers the medium and the high mountain areas of the west section of Rila Mountain. It covers territories situated from 750 m to 2,700 m altitude, as the highest point is Rilets peak – 2,713 meters altitude. It covers an area of 25,253.2 ha, and is one of the largest natural parks in Bulgaria.

Its territory was declared protected in 1992 within the borders of People’s Park “Rila” (today’s National Park “Rila”), and the park was isolated in 2000 as a protected territory. The Rila Monastery Forest which covers an area of 3,665 ha is situated on the territory of the Natural park.

28 lakes are located on the territory of the Natural Park “Rila Monastery. The highest situated one is the first of the Devil’s lakes (2,445 m), and lowest situated one is the Suhoto Ezero (the Dry Lake) (1,892 m). The largest alpine lake on the Balkan Peninsula – Smradlivoto Ezero (the Stinky Lake), with area of 212 dca and depth of 24 m is also located here.The lakes are a starting point of a lot of small rivers and ravines, which form the flow of the main river in the park – Rilska River. The territory of the Natural Park is one of the richest water resources parts of Bulgaria.

202 species of spineless animals are found in the park: 5 fish species, 11 amphibian species, 12 reptile species, 122 bird species and 52 mammal species. 32 species of the spineless animals are included in the Red Book of Bulgaria (a list of the endangered species in the country). Among them are: Triturus alpestris, Hila arborea, Elaphe longissima, Martes martes, Aquila chrysaetos, etc. The spineless animals, protected by the Law on Preservation of Biological Diversity, are 139 species. Some of the most interesting bird species are: Gyps fulvus, Aegypius monachus, Aquila heliaca and Hieraaetus pennatus.

1,400 species of higher plants have been established, among which are: Primula deorum, Campanula transsilvanica, and Nicotiana tabacum; 164 moss species; 203 medicinal plants.

All of these routes are well designated and marked by the respective colors by the Park Directorate. For the studious tourists the Park Directorate has also created thematic educational routes. There is also an ecological path, which is called “Starata Zheleznitsa” (the Old Railway).

Other two architectural and historical ensembles are also situated to the north-east of the monastery: the Hermitage “St. John of Rila” (John Rilski), where the initial grave of the saint was situated, and the second one is the Hermitage “St. Evangelist Luca”. The first school of public education, founded in 1843 by Neofit Rilski is also situated here.