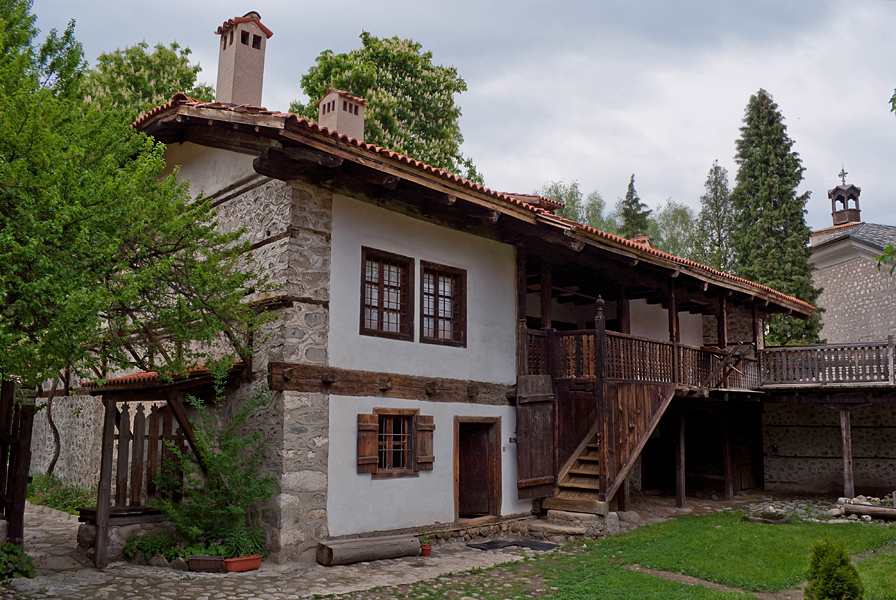 The House Museum of Neofit Rilski (1793 – 1881), the founder of secular education in Bulgaria and the first Bulgarian encyclopaedist, is situated next to the Holy Trinity Church in Bansko. The building is also known as Beninata kashta (Benin’s House) and was constructed in the 18th century.

Benin’s House is located in a large yard surrounded by stone walls and a solid wooden gate. The building is a typical representative of the Bansko fortified houses. It was declared a monument of architecture and construction by virtue of publication in State Gazette, issue No 87 of 1967. The ground floor of the house consists of a hiding place, knead-room and farm premises, while the living-room, the monastery school, and the anteroom are on the second floor. A huge veranda connects the house with the former farm buildings by an outside terrace.

The secular name of Neofit Rilski was Nikola Poppetrov Benin. He was born in 1793 in Bansko. He studied iconography with Toma Vishanov-Molera, founder of the Bansko Artistic School. He painted in the Rila Monastery where he first became a monk and then hegumen. He devoted his whole life to science, culture and education, and became the author of the first Bulgarian grammar-book.

Today an exhibition including chronologically-arranged materials that give account of the life-long work of Neofit Rilski can be seen at the house. A special place among exhibits is given to Bulgarian Grammar compiled in 1835, parts of a Greek-Bulgarian dictionary, and books that belonged to Neofit Rilski.

The Neofit Rilski House Museum was opened in May 1981 on the occasion of the 100th anniversary since the death of Neofit Rilski. The house was managed by relatives of Neofit Rilski until its official opening as a permanent museum exhibition.