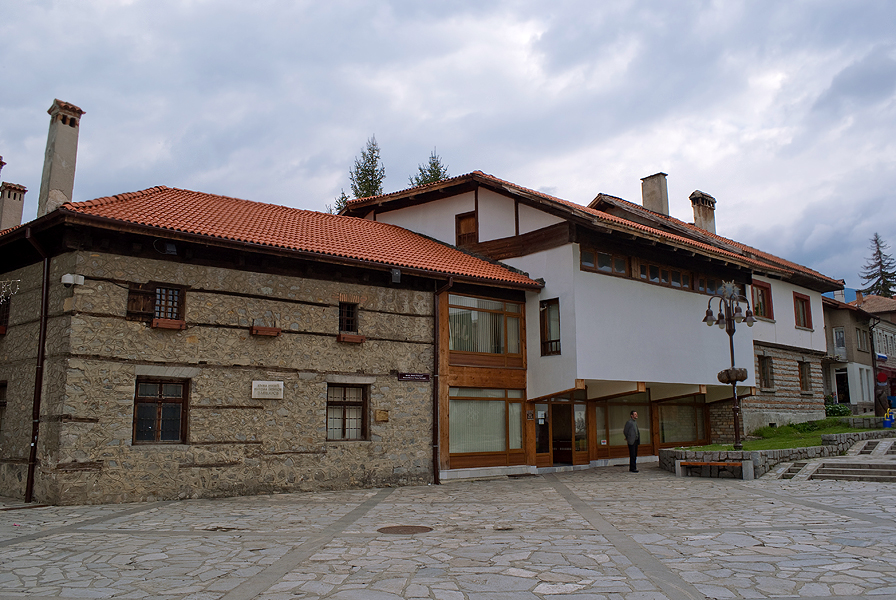 The Museum House “Nikola Vaptsarov” is one of the first museums in the Pirin region. It is situated in the town of Bansko, on the central square, in close proximity to the building of the Municipality.

The museum is accomodated in the house in which the poet had lived after 1912.

The Museum House “Nikola Vaptsarov” was established in 1952. Its opening also sets the beginning of the museum activity in Bansko.

The museum is dedicated to Nikola Vaptsarov (1909 – 1942) – an anti Fascist and post, whose remarkable art places him among the most popular Bulgarian poets of the 20th century.

The museum expositions present an ethnographic collection for the poet’s life from his childhood to his death, the cabinet of his mother, Elena Vaptsarova, the living room and the guest-room.

The entire museum exposition is placed on two floors. Original documents are presented – the Christening certificate of the poet, certificates for completed education degrees, a personal stamp of another Bulgarian poet – Peyo Yavorov, an old trade notebook, and a notebook belonging to Nikola Vaptsarov, given to him by his mother.

Films for Vaptsarov in English, French, German and Russian language are presented on the first floor of the museum. The family three of the poet and other families from Bansko can be seen on a wall panel.

The life of Nikola Vaptsarov after his enrolling in the Naval Machines School in Varna is traced in two rooms on the upper floor. Rich documentary and picture materials are presented. The only poetry collection by Vaptsarov issued during his lifetime entitled Motor Songs is among them.

The award by the World Peace Committee which was granted to Vaptsarov after his death in 1952 is exposed here.

The house of Nikola Vaptsarov is declared a historical monument of culture of national significance in issue 18 of the State Gazette of 1973.