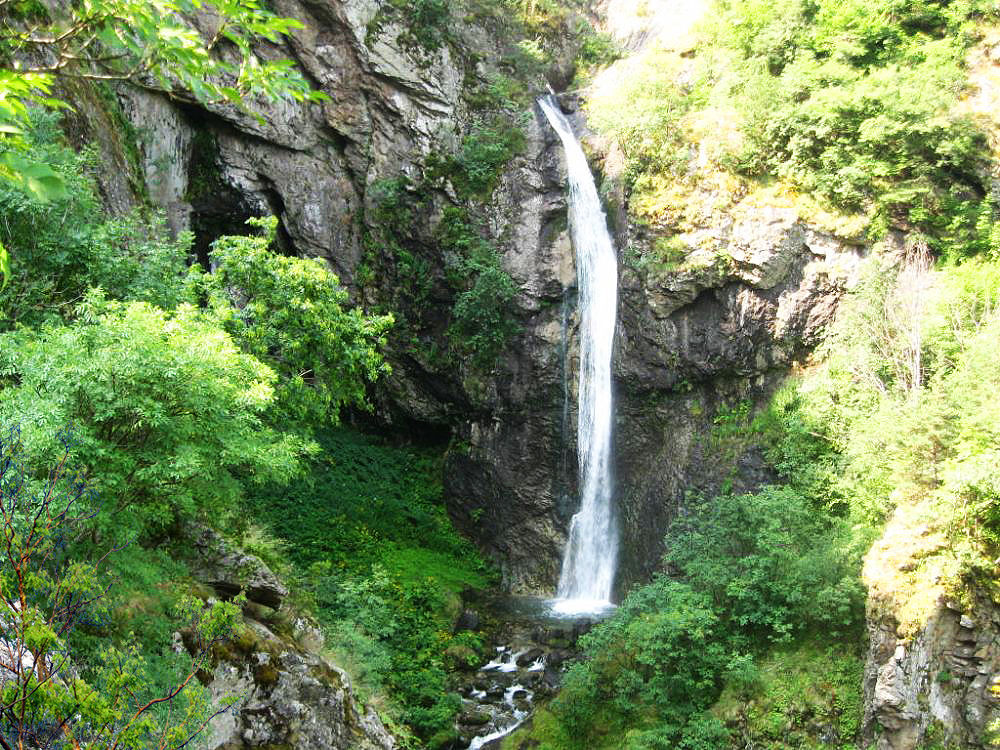 Goritsa Waterfall is one of the seven Ovcharenski waterfalls, located at the northern foot of Rila Mountain, near the village of Ovchartsi.

The name of the river and the waterfall comes from the story of a beautiful girl from the village named Goritsa, who lived happily with her husband – the shepherd Yovitsa.

Word of the girl’s beauty reached the local Ottoman bay, who sent people to kidnap her. The young girl fled to the mountain, where Yovitsa was grazing his sheeps, but the Turks caught up with her.

To escape from them, the beautiful girl threw herself into the river from a high cliff. The locals called the nearby waterfall and the river after her.