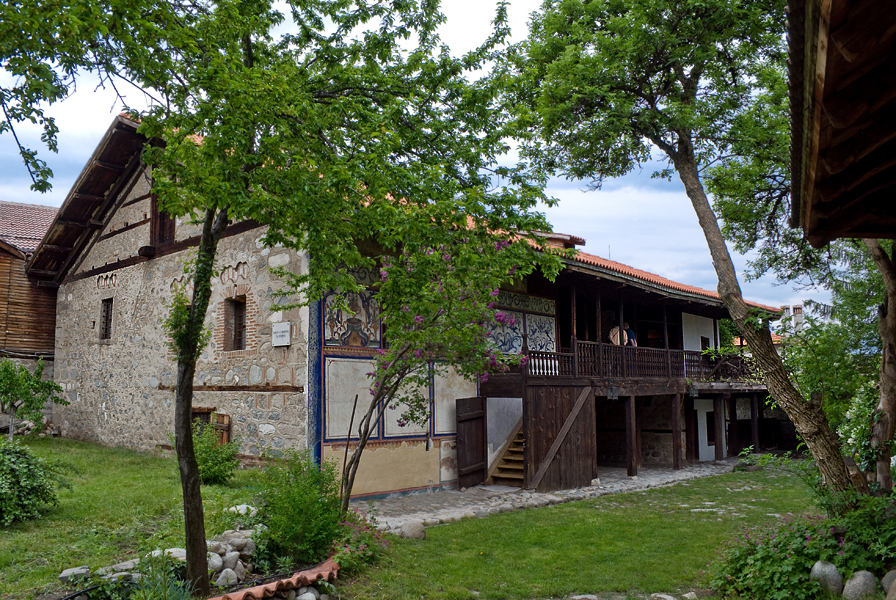 Velyan’s House in Bansko is located near the central square of the town and the Holy Trinity Church. The building is an example of the architectural style – fortified house of the Bulgarian Revival Period (end of 18th century – beginning of 19th century). It was opened to visitors in 1977.

Velyan’s House was built in the 18th century and was a modern two-storey building made of stone and wood. The ground level consists of a cellar and two interconnected hiding places. During the Ottoman rule many Bulgarians built fortified houses with secret rooms where to hide from the raids of the Turks. A stone staircase in the antechamber to the hiding place connects it to the residential level of the building where the living-room, the drawing-room, the room for women, and the working room are situated.

What impresses most about this house are its decorations: the wall-paintings and the wood-carved ceilings made by Master Velyan Ognev, member of the Debar Artistic School.

Velyan Ognev came to Bansko to work on the decoration of the Holy Trinity Temple and the house was given to him by the local people as a symbol of gratitude. The master decorated its interior and exterior and transformed it into a genuine piece of art.

The wall-paintings in the Blue Room, the drawing-room and the living-room, the exquisite wood-carved veranda, and the geometric and floral ornaments on the southeastern façade of the house are extremely valuable.

Velyan’s House was declared a monument of culture of national importance by virtue of publication in State Gazette, issue No 87 of 1967.