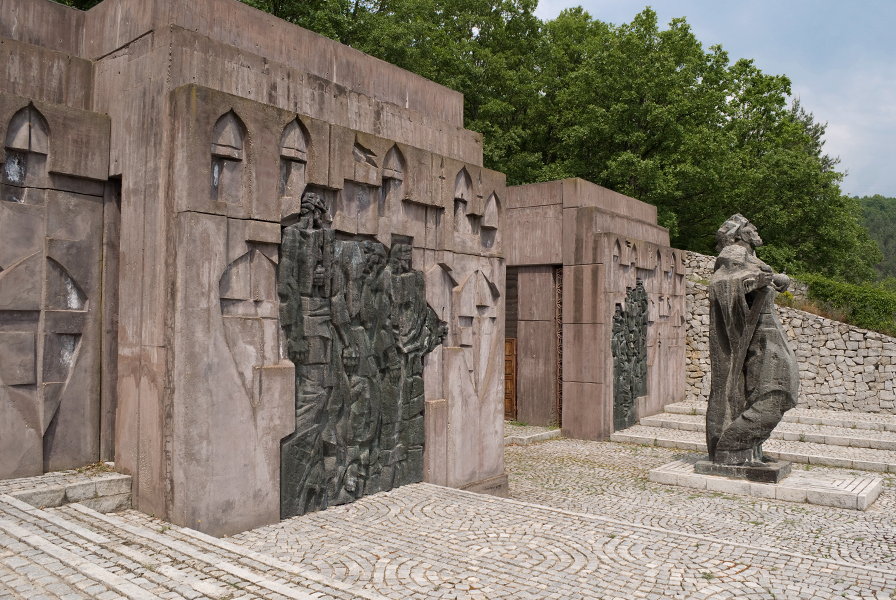 The Samuil’s fortress is situated on the right bank of the Strumeshnitsa river, 16 kilometers west of the town of Petrich.

At the end of the 10th and the beginning of the 11th century AD, when the Bulgarian Kingdom, headed by tsar Samuil (reigned 997 – 1014) was at war with Byzantium, the defensive system of Klyuch was built on this place. A part of this system is the Samuil’s Fortress, which has a strategic place and was probably used as a command center by tsar Samuil.

History tells how in 1014 the soldiers of the Byzantine emperor Vasilius the 2nd defeated the Bulgarian army and took as prisoners 14,000 Bulgarian soldiers. Vasilius the 2nd ordered to blind all Bulgarian prisoners and to leave every 100thwarrior with one eye in order to lead his companions on the way back home. According to the legend, Samuil could not bear the sight of his thousands of blinded soldiers and died. Vasilius the 2nd was named Bulgaroubiets (the Bulgar Slayer).

The national park-museum Samuil’s Fortress includes the archaeological site Samuil’s fortress with 13 canned dugouts and one so-called Big Dugout, as well as the ruins of the lookout tower of the Samuil’s fortress. A panoramic site was built over the ruins with a memorial composition and an exhibition hall.

The national museum park was included in the 100 National Tourist Sites. Nowadays it is one of the most visited landmarks in Southwest Bulgaria.