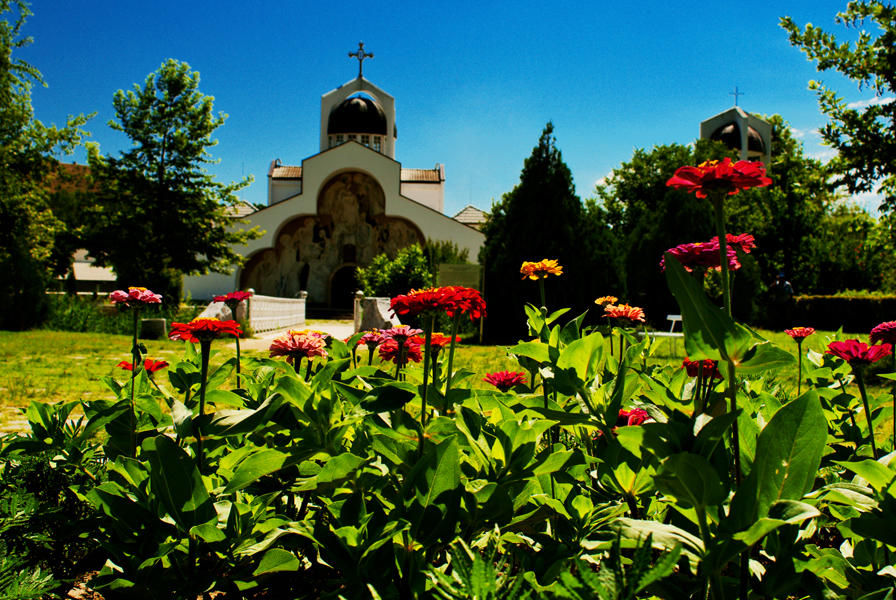 Rupite is a protected area, which is situated at a distance of about 10 km from Petrich and 2 km from the village of Rupite, at the eastern foot of the extinct volcano Kozhuh Mountain (281 meters altitude). The hill was built by volcanic rocks. Its name comes from the fact that it looks like a mantle (kozhuh in Bulgarian). In 1962 a part of the locality of Kozhuh – 0.4 hectares – was declared a natural landmark.

The protected area of Rupite is famous for its healing mineral springs with a temperature of 74° C and capacity of up to 35 l/sec. The climate in the locality is transitional-Mediterranean, which is a reason for the presence of Mediterranean grass vegetation and some thermoliphic animal species. The natural by-river forest consists mainly of White Poplar (Populus Alba).

The protected areas of Rupite and Kozhuh Mountain are homes to various snake species. Here you can see the relatively rare species – Cat Snake (Telescopus fallax). There are 201 bird species in the Rupite area, including various Mediterranean species, which can rarely be seen in other places in our country. Via Aristotelis passes through this area. This is one of the two basic bird migration routes through the territory of the country. In the region visitors can see species, such as the Large Olive Warbler (Нippolais Olivetorum), White-headed Shrike (Lanius nubicus) and Black-headed Shrike (Lanius minor). During the migration and the wintering period here stays the globally endangered species Small Cormorant (Phalacrocorax pygmaeus).

The remains of an ancient town, existing within the period from 4th century BC to the 6th century AD are located along the south slopes and at the foot of the volcanic hill Kozhuh. According to explorers, this was the main town of the Thracian tribe Sints – Heraclea Sintica.

The memorial temple “St. Petka of Bulgaria”, built in 1994 is situated in the locality of Rupite. The locality is mostly famous as a place related to the prophet Vanga, and by this it attracts thousands of worshippers and tourists. Vangeliya Gushterova (1911 – 1996), is the full name of the prophet, was famous around the whole world with her multiple prophecies which had come true. According to a legend, Vanga lost her sight in her early childhood years in a storm, but during the accident she had a vision, which gave her the unique abilities. In the last years of her life, Vanga lived in a small house in the Rupite, because according to her relatives she considered the area an energy source and collected her powers from it. The church was built by monetary means, provided by Vanga, and it is interesting because of its wall paintings. They were made by the famous Bulgarian artist Svetlin Rusev and they are quite realistic, which differentiates them from the Orthodox canon. Despite the fact that the temple was not built according to the rules of the Orthodox church, it attracts thousands of worshippers and tourists because of its connection with Grandmother Vanga.