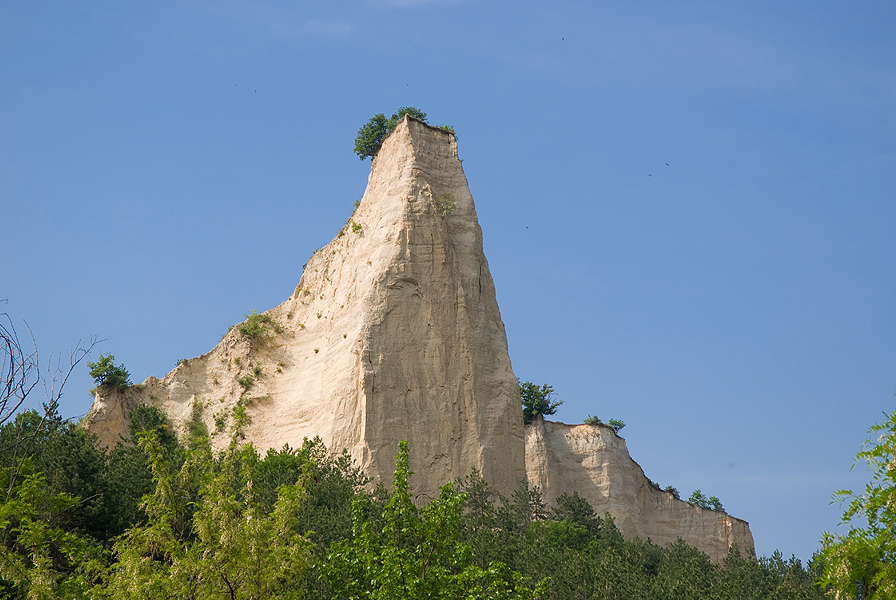 The Karlanovo Pyramids are sandstone pyramids often included as part of The Melnik complex of stone pyramids, and are located near the village of Karlanovo. They were declared a natural landmark in 1960.

The pyramids near Melnik, Karlanovo, and Rozhensko may either be considered as separate rock formations or as a single complex. In any case, each group is under the care of its respective city or village.

The Karlanovo Pyramids may be distinguished from the pyramids near Melnik and Rozhensko by their particular shape and dimensions. They resemble giant pillars that rise some 100 meters, and they are covered with tufts of grass.

These pyramids are a unique natural phenomenon attracting tourists from all over the world.