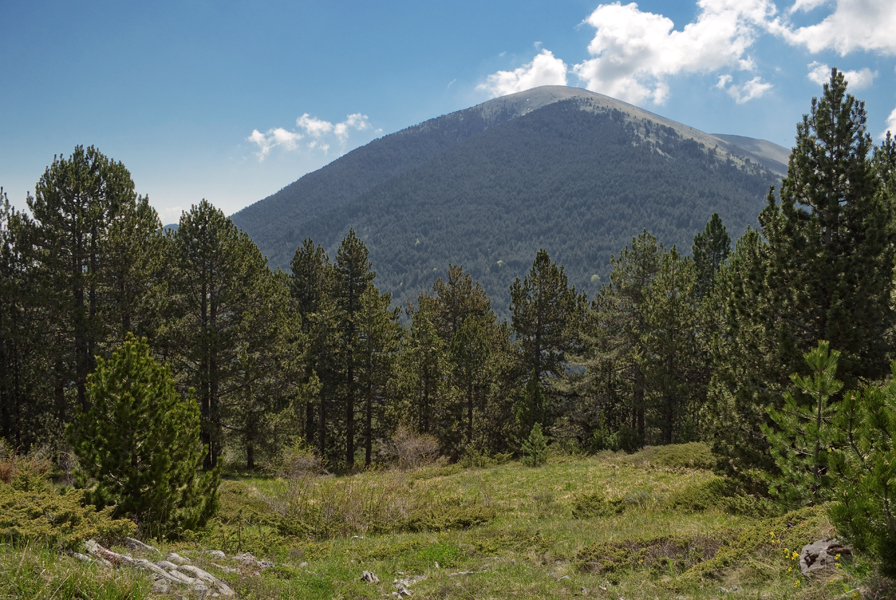 The reserve Ali Botush is situated in the Slavyanka mountain, located to the south of Pirin. The state borderline between Bulgaria and Greece passes along the ridge of the mountain, and half of its area is placed on the territory of Greece. Its highest point is Gotsev peak (2212 m.), situated on the very borderline. Its length is about 20 km, and its width reaches up to 10-12 km. Until 1955 the mountain was known under the name Ali Botush, Slavyanka is characterized by its karst nature and exceptionally diverse plant species. It is also known as Kitka Mountain (Flower Mountain) because almost during the whole year the mountain looks like a flower garden.

The Ali Botush Reserve was established by Decree of the Council of Ministers No 1171 of 24.09.1951, in order to preserve the unique plant wealth in the region. The reserve area upon its establishing was 523.9 ha, and after multiple expansions its present territory reaches 1628 ha.

On 1 March 1977 the reserve was included in the list of Biosphere Reserves as per the Human and Biosphere Program of UNESCO. The aim is to preserve the unique relic forests composed of Pinus leucodermis, Pinus nigra, Abies borisii-regis, the great number of plant and animal species.
Maroon soils, brown forest soils and humus-carbonate soils (rendzina) are widespread in Ali Botush. There are also maroon-podzolic soils, and on the higher parts – mountainous meadow soils. The low parts of the reserve are occupied by moroon forest soils, and clean broad-leaved plantations grow on them – from the range of Pinus nigra and Pinus leucodermis.

The area between 1000 and 1450 meters above the sea level is occupied by Pinus nigra.

The forests planted with Pinus leucodermis begin above the region of Pinus nigra, up to 1800 meters above the sea level. Pinus leucodermis is one of the rare, protected and most interesting representatives of the Bulgarian dendroflora. This is also the largest plantation oe Pinus nigra on the Balkan Peninsula.

Broad-leaved forests of Fagus silvatica and Ostrya carpinifolia are located only in the north-west part of the reservе, at elevation between 500 and 700 meters above the sea level.

More than 1400 species of various herbaceous plants were established. 20 of them are Bulgarian endemic species (plants which can be found at this place only), 42 Balkan endemic species and many other preserved, rare and protected from extinction species, included in the Red Book of Bulgaria.

Interesting species are also the butterflies, among which there are also species which are new for science.

The territory of the Ali Botush Reserve has the strictest environmental protection regime. All kinds of activities are forbidden, excluding scientific visits, passing of people along the marked routes, collection of seed material, extinguishing of fires and sanitary events in the forests.