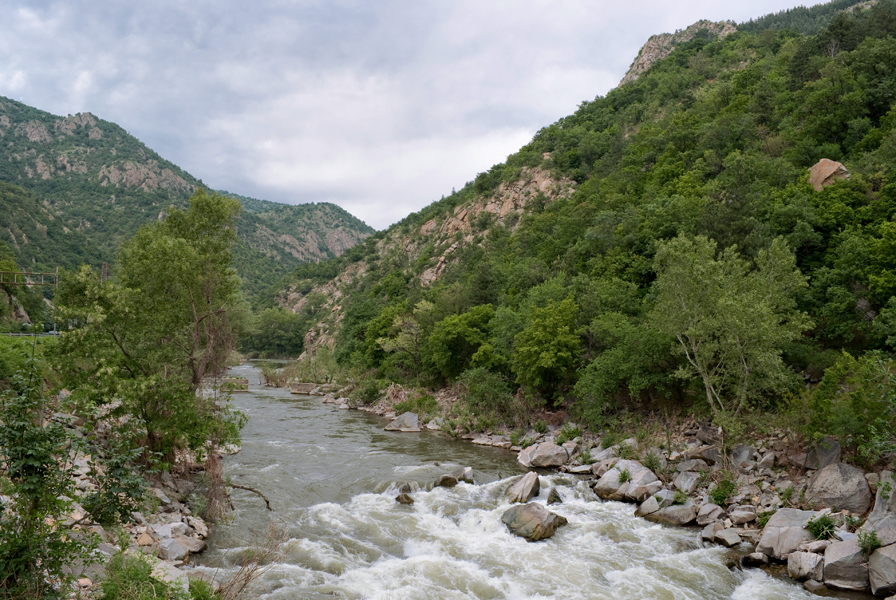 The Kresna Gorge is located in the Blagoevgrad area, south of the town of Kresna. It was formed from the incision of Struma river between the Pirin and Malashevska mountains, where the river sculpted a beautiful 16 kilometer long canyon.

The Kresna Gorge is home to a variety of plant and animal species, some of which are included in the Red Book of Bulgaria (a list of endengered species in the country).

Tisata reserve is situated near the gorge. It was declared a natural landmark by decree No 6663 of 17 October 1949 by the Ministry of Forestry. The largest habitat of juniper (Juniperus excelsa) in Bulgaria is located in the reserve.

The region of Kresna gorge and that part of Struma river are popular among the extreme sport lovers. In spring and early summer, when the waters of Struma are high, the Kresna gorge is a preferred rafting and canoeing spot.

The towns of Kresna, Sandanski and Petrich are situated in the area of the gorge. Sandanski is popular among tourists for its SPA and relaxation opportunities. Petrich is situated very close to the border with Greece. There are two interesting landmarks nearby – the Samuil’s fortress and the Rupite area.