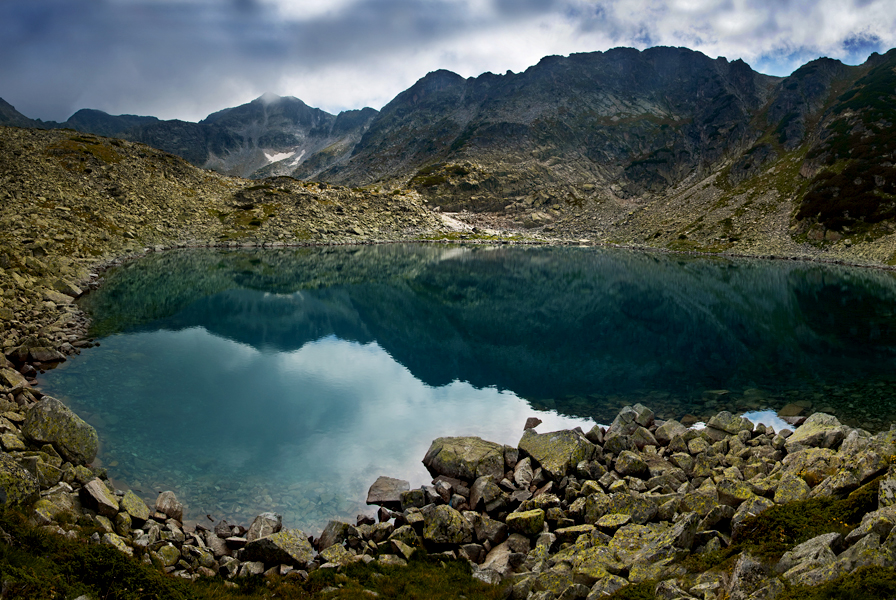 Rila National Park is situated in the southwest part of the country, in Rila mountain. The park has a total area of 81,046 hectares and is the largest of the three national parks in Bulgaria as well as one of the largest in Europe. It was declared a natural park on 24 February 1992.

The park managers aim to preserve and maintain the biological diversity, to protect the wild nature and provide opportunities for scientific and educational activities, development of tourism and ecological way of the population’s life. The directorate of the National Park consists of a central office and eight local offices, which manage the following administrative park areas: Blagoevgrad, Belitsa, Yakoruda, Belovo, Kostenets, Borovets, Beli Iskar, Govedartsi and Dupnitsa.

There are more than 100 peaks on the territory of the park, with an attitude of over 2000 meters; the highest peak in the country and on the Balkan Peninsula is among them – the Musala peak (2,925 meters high). The lowest recorded temperature on Musala peak is -31.2 °С, and the highest temperature is + 18.7°С. The temperature remains below zero for nine months during the year; even in summer temperature rarely rises above 15°С.

There are more than 120 permanent and 30 temporary glacial lakes in the high parts of Rila. They are mainly located on deep bottoms of cirques. The spring of some of the deepest and longest rivers on the Balkan Peninsula are here – Iskar, Maritsa and Mesta. The water supplies, which form within the boundaries of National Park Rila are the most important resources of pure drinking water for the nearby municipalities, for the capital Sofia and for people from Greece and Turkey.

The park territory is covered by forest ecosystems such as spruce (Picea), fir (Abies), white pine (Pinus peuce) and dwarf pine (Pinus mugo). About 95% are natural, with an average age of 90 years.

The biodiversity of the park is extremely diverse. There are about 1,400 vascular plants, 105 relict and 57 endemic plant species, such as Rila primrose (Primula deorum), Pawlowski lady’s mantle (Alchemilla pawlowskii) and Ornamental rhubarb (Rheum palmatum L.). The park is home to 282 moss species, 130 algae species and 233 fungi species.

The mountain fauna is presented by 172 vertebrate species, 5 of which are fishes, 20 are reptiles and amphibians, 99 are birds and the mammals are 48. Here lives the largest chamois population in Bulgaria, the largest alpine European ground squirrel population, one of the four alpine newt populations and one of the two Bulgarian nesting sites of the pygmy owl (Glaucidium passerinum). The invertebrate fauna is unique. 2,934 species have been discovered up until  the present moment.

There are 4 reserves in National Park Rila – Parangalitsa, Skakavitsa, Ibar and Central Rila reserve. The reserves and the park are included in the UN list of national parks and reserves equivalent to them.

Skakavitsa reserve is one of the smallest Bulgarian reserves. It has an area of 70.8 hectares. It is a typical forest reserve for ancient white fir forest preservation.

Parangalitsa has been a reserve since 1933. It is situated on part of the southwestern slopes of Rila mountain, covering 1,509 hectares. It contains some of the oldest pine tree forests in Europe with an average age of over 200 years. It was included in the list of biosphere reserves under the program “Man and Biosphere” of UNESCO in March 1977.

Central reserve Rila is the largest one in Bulgaria and one of the largest in Europe. It was established to preserve the forest, sub alpine and alpine ecosystems. The area of the reserve is 12,393.7 hectares and covers a large territory around Musala peak.

Ibar reserve protects bush forests of dwarf pine, as well as relict plant fields and rare animal species. Its area is 2,248 hectares. The reserve covers the northern slopes of the mountain ridge between the peaks of Ibar and Belmeken.

Rila is one of the mountains, where tourism is well developed. The park offers a special zone, called Intensive Tourism Zone, which includes a network of paths and shelters, as well as accommodation options in the facilities, located in the park. There is a wide range of activities for tourists – horse riding, cycling, skiing on specified routes, camping, mountaineering, etc. A botanical trail was built for the wild nature lovers. It is called Plant Lovers. Other specialized routes were also designed – such as eco paths Beli Iskar, Path of the Balkan Chamois, etc.

17 tourist huts with about 1,500 beds were built on the park territory. They are mainly maintained by the Bulgarian Tourist Union. In addition, 4 tourist shelters were built in case of bad weather.

In 2007 the park received a complete membership certificate of the European National Park Network – PAN Parks. In 2010 the park was re-certificated by PAN Parks for the next five years. This is an international recognition for its well-preserved and maintained wild nature. The PAN Parks certificates indicate that the preserved territory is kept for its high biodiversity quality and its role in the social development through sustainable tourism – a source of livelihood for local people.

The PAN Parks foundation (Protected Areas Network Parks) is a European NGO that aims to protect the most valuable wildlife sites in Europe through a network of parks which develop sustainable tourism together with the local communities.

More information about the park and the routes in it can be received in the Park Directorate in Blagoevgrad, in the park offices (in the towns of Razlog, Yakoruda, Belovo, Kostenets villas, Borovets, Samokov and Dupnitsa) and in the Visitor Center of National Park Rila in Panichishte.