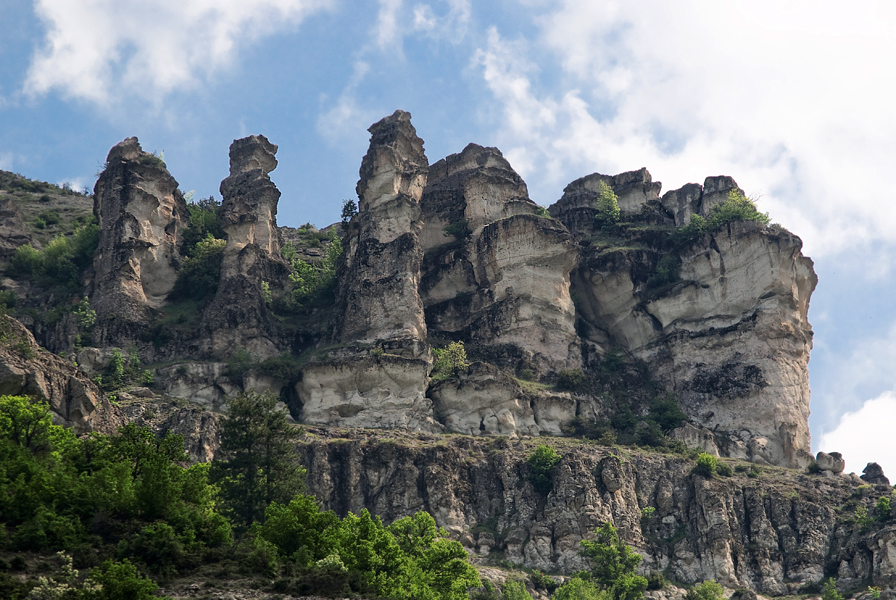 The rock formation called The Wedding is located on the way from Bansko or Gotse Delchev to the village of Osenovo, shortly after the exit for the village. Osenovo is situated in the Western Rhodope mountain, 29 kilometers southwest of Bansko.

The natural landmark is located over the road and can be seen from it. It is a rock formation, which appeared over the years under the weathering of the limestone rocks.

According to the legend, an evil mother–in–law cursed the young couple and all the guests on the day of the wedding, and everyone turned into stones. The composition reminds of human figures, and the most prevalent among them is the figure of the angry bear standing on its hind legs, embodying the evil mother–in–law.

The natural landmark The Wedding was declared a landmark in 1976 and covers an area of 13.1 hectares.