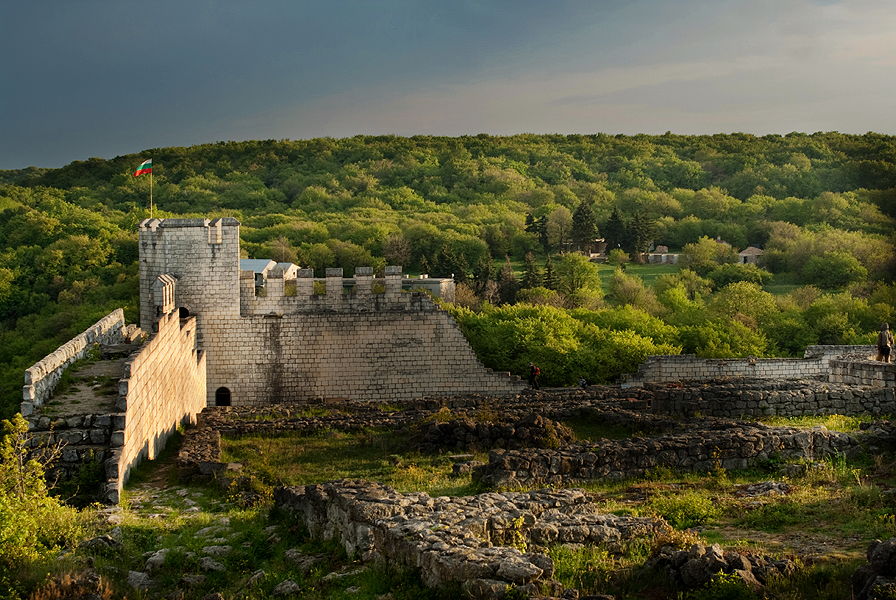 Shumen Fortress is one of the most famous landmarks in Bulgaria and the Shumen region. The remains of the fortress are 3 kilometres away from the centre of modern-day Shumen. The fortress is situated in the Shumen Plateau.

Shumen Fortress was probably first built by Thracians and was later completed and reconstructed by Romans, Byzantines, and Bulgarians. It is believed that the first fortification built in this place is 3200 years old, which makes it one of the oldest fortifications in Bulgaria. Conquered and demolished many times, Shumen Fortress rose to new life and existed until 1444.

Until the 15th century the town of Shumen was situated within the fortress that comprised a sophisticated compound of buildings and military equipment. The fortress continued its existence during the first years of the Ottoman rule, and as archaeological research reveals it wasn’t demolished by Ottomans when they conquered it. In 1444, however, the crusaders led by Vladislav Varnenchik (who reigned in the period 1434 – 1444) destroyed and burned it, and this led to its abandonment.

The remains of the fortress are perhaps some of the most thoroughly studied ancient remains on the territory of Bulgaria. Research provided important information about the way of life and the military customs of Bulgarians during the Middle Ages. The remains of 12 churches, as well as an ancient Roman bath, pottery, vessels, adornments and coins were found.

Today Shumen Fortress is reborn as a popular tourist destination. It is exhibited as an open-air museum. Visitors are provided with easy access to the remains thanks to the alleys and signs. Perhaps tourists are most attracted by the rebuilt tower of the fortress that offers a beautiful view of the town of Shumen and the Shumen Plateau Nature Park.

You can learn more about the fortress from guides on site. Lectures are given in Bulgarian, Russian, and English. Additional information materials such as books and brochures can be purchased from a small kiosk next to the fortress. The fortress is open for tourists all year round.