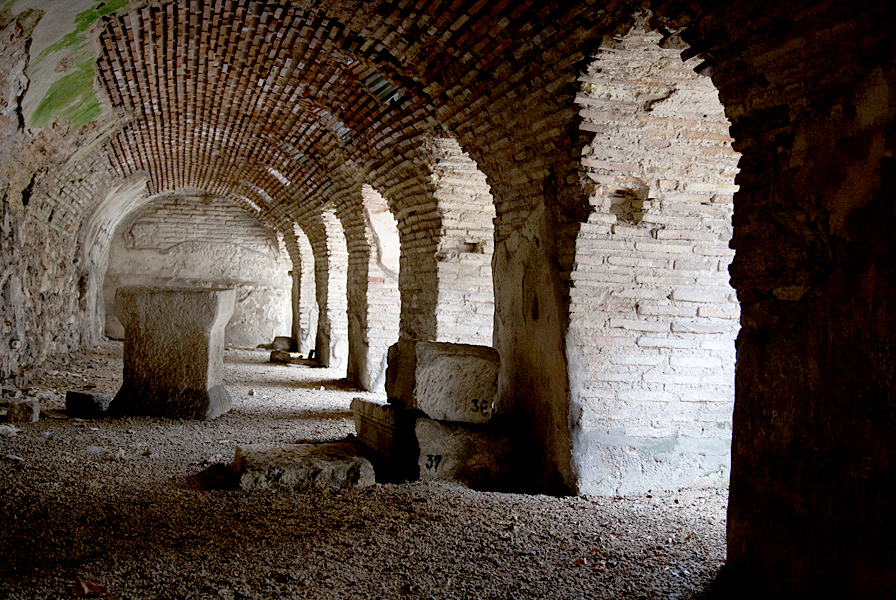 The Roman Baths are one of the most valuable monuments of culture in Varna, situated in the central part of the city, on the corner of the streets San Stefano and Khan Krum. This is one of the sites of the Archaeological Museum in the city.

The Public Baths of Odessos are one of the most preserved architectural monuments of the Roman Age in Bulgaria (1st – 4th century AD). They are of the so called “small imperial style” and their construction refers to the end of the 2nd century AD. This is the largest roman bath on the Balkan Peninsula – with an area of 7000 square meters. It is the forth in size in Europe – among the baths of Karakala and Diocletian in Rome and Trevira (Trier, Germany). It was used by the end of 3rdcentury.

The main entrances of the baths of Odessos are in the eastern and the western end of the north façade. By three stairs the visitors were entering the east and the west vestibule (vestibuli). They were taking their clothes off in two changing-rooms(apoditeria) – the largest premises after the meeting room, sports, etc. (basilica thermarium). The changing-rooms were kind of clubs in which the visitors were spending part of their time before or after the taking of baths.

Even nowadays a particularly interesting subject is the heating system, connected to the double floor and the special cavities, which were taking the hot air as far as the roof structure of the bath.

Along with other public buildings, the baths were an important part of the daily life of Odessos. The Roman baths were declared an architectural and constructional monument of culture in Issue 16 of the State Gazette of 1968.

If you wish to be accompanied by a tour guide during your visit in the baths, you must contact preliminarily the Archaeological Museum. On the very site there is a pavilion where guide-books and souvenirs are offered.