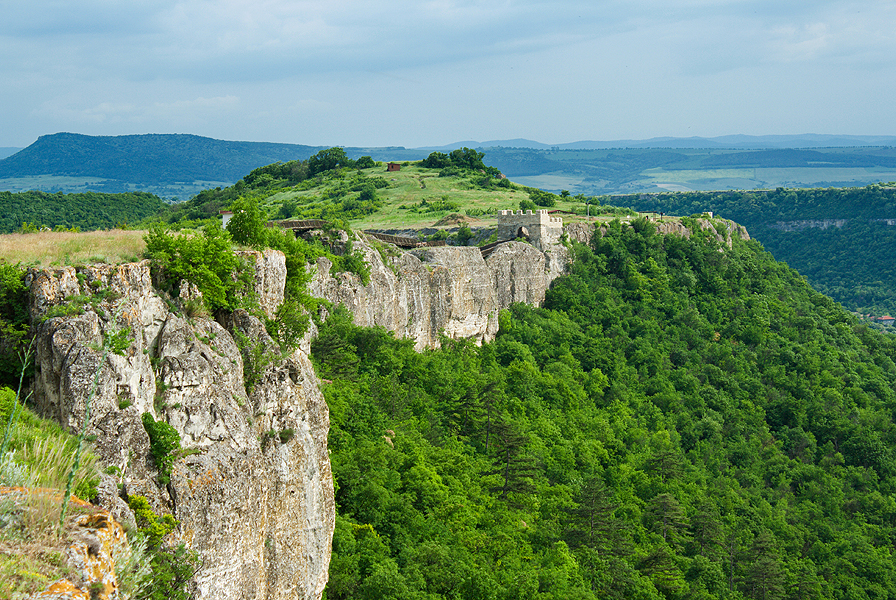 Ovech Fortress is a stone stronghold located east of the town of Provadia, 53 km west of Varna and 410 km east of Sofia.

The fortress is mentioned under different names in the historical chronicles. The oldest one is the Byzantine name Provat. Bulgarians referred to it as Ovech, while Turks called it Tash hisar (which translates from Turkish as stone fortress). Archaeological research established that the fortress was used in periods from the 3rd century to the first decades of the 7th century, and then from the 10th-11th centuries until the end of the 17th century.

The fortress was inhabited successively by Thracians, Romans, Byzantines, Bulgarians, and Turks. It is related to the reign of Tsar Ivaylo (1277 – 1280), the crusade of Amadeus IV, Count of Savoy (1366), and the crusade of Vladislav Varnenchik (1444).

The fortress has three entrances. The eastern access way has been preserved in its original form with stairs carved into the rock. It is convenient for visitors who have their own means of transportation.

The western entrance is accessible from the town through the original 111-step spiral staircase.

The northern entrance is the main entrance of the fortress. A 150 m-long bridge structure is built in front of it connecting the stronghold with the adjacent Tabiite Plateau

The golden years of Ovech were in the period 12th–14th century, when the fortress was a military, religious, economic, and administrative centre of the region.

When at the fortress visitors can also see the talking 79 m-deep well, the bishop’s church, the knight’s prison, the tower with the devil’s path, and the Friars’ holes.

The fortress is open all year round.

A guide assigned by the Museum of History of Provadia is available in the fortress. Information materials and souvenirsare sold on site.