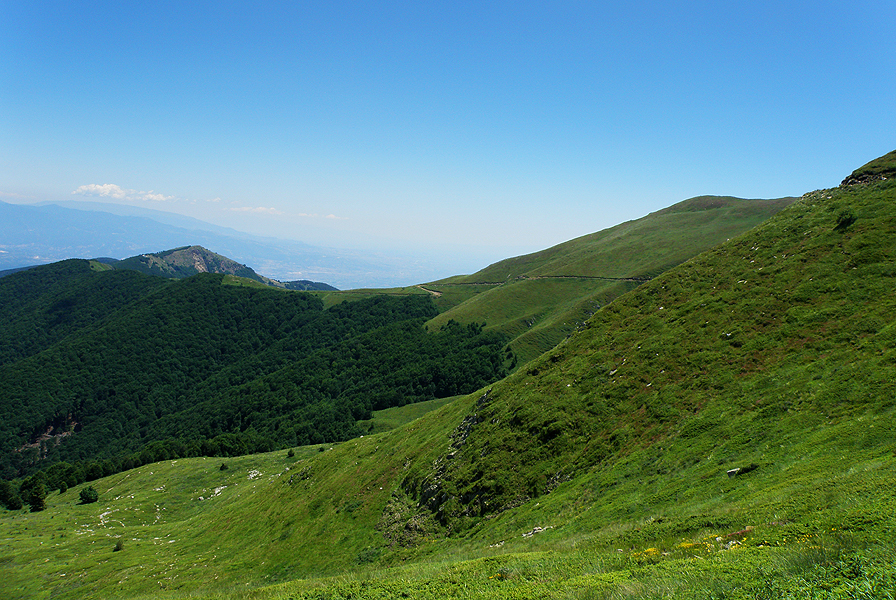 Belasitsa Natural Park is located in the eponymous mountain, in the southwestern part of Bulgaria, at the border with Greece and Macedonia.

It is the newest park in Bulgaria and was declared by order No RD-925 of 28 December 2007 of the Minister of Environment and Waters. The park directorate has been operational since 1 September 2008.

About 1,200 plant species have been found up until the present moment in Belasitsa, some of which are protected by the Biodiversity Act; Bulgarian and Balkan endemic species (species, found only in a specific region), and species listed in the International Trade of Endangered Species of Wild Fauna and Flora Convention.

There are 120 bird species in the region of the mountain. Extremely interesting are the Mediterranean bird species, which can be found on a very small and limited part of the Bulgarian territory, such as the Orphean warbler (Sylvia hortensis Gmelin) and the Olive tree warbler (Hippolais pallida Hemprich & Ehrenberg). Two bird species are Balkan endemic species – the Balkan lark (Eremophila alpestris balcanica Reichenow) and the Alpine accentor (Prunella collaris subalpina Brehm).

Belasitsa is declared a protected area in order to preserve endemic and protected plant and animal species, unique representative communities and ecosystems in the treeless zones of the mountains.

The two huts – Belasitsa and Kongur can be reached by the main paths of the park; ultimate point is often the mountain ridge of Belasitsa. There are also routes from the villages of Kolarovo, Klyuch and Skrat. The route from Kongur hut to Tumba peak, where the borders of three states get together, goes along the entire main ridge of the mountain and the main peaks, including the highest peak of Belasitsa – Radomir (2,029 meters above sea level). Four thematic routes are specified in the park – The butterflies and flowers of Belasitsa, The life of the chestnut, The path of the ant and Friends. Information boards are placed along the routes, telling the visitors interesting facts and acquainting the visitors with the place, the fauna and flora.

Eight villages are located at the foot of Belasitsa Natural Park. Many of the specified tourist routes lead to them. The villages offer accommodation in a traditional Bulgarian atmosphere. There are also two huts on the park territory – Belasitsa and Kongur.

The memorial complex Samuilova Krepost (Samuil Fortress) can be seen in the Natural Park can be seen. It was built as a tribute to the tragic events of the battle by Klyuch village in 1014 AD. The complex is located outside the town of Petrich, on the way to Zlatarevo, near Belasitsa Natural Park. The locality of Rupite is situated at a distance of about 10 kilometers from the park.