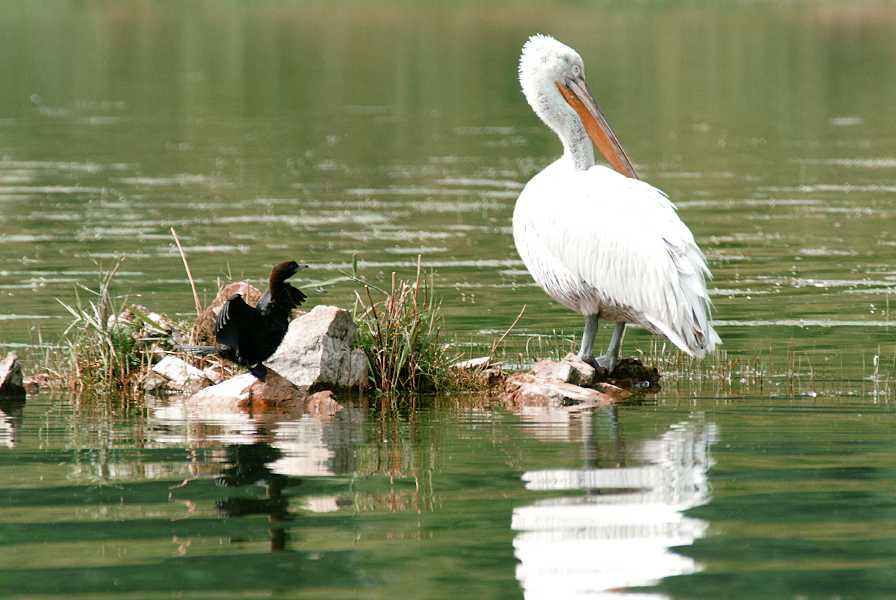 The protected area of Shabla Lake is located in northeastern Bulgaria, at a distance of about 5 kilometers from Shabla and 18 kilometers from the Bulgarian border with Romania.

It was declared a protected area by Order No DV – 31 of 24 January 1995 of the Ministry of Environment and Waters. Part of the reserve, without the farming lands, is included in the list of the Ramsar Convention as a habitat of waterfowl birds of international importance.

The protected area covers 5,312.4 decares. Part of the territory is the two coastal firths – Shabla lake and Ezetsersko lake, which are connected by a channel. 247 bird species were discovered on the territory of the reserve, some of them are included in the red Book of Bulgaria (a list of endangered species in the country). 137 bird species are of European importance.

Globally endangered species nest in the protected area of Shabla lake, such as the corncrake (Crex crex) and the ferruginous duck (Aythya nyroca). Among the globally endangered species, which can be seen in autumn and winter, are the White–headed Duck (Oxyura leucocephala), the Dalmatian Pelican (Pelecanus crispus), and the Pigmy Cormorant(Phalacrocorax pygmeus).

80-90% of the worldwide Red-breasted Goose population finds shelter in the Shabla and Durankulak lakes in winter.

23 fish species can be seen in the Shabla lake, seven of them are included in the Red Book of Bulgaria. Except for animal species, the preserved area is home to about 10 rare and endangered plants.