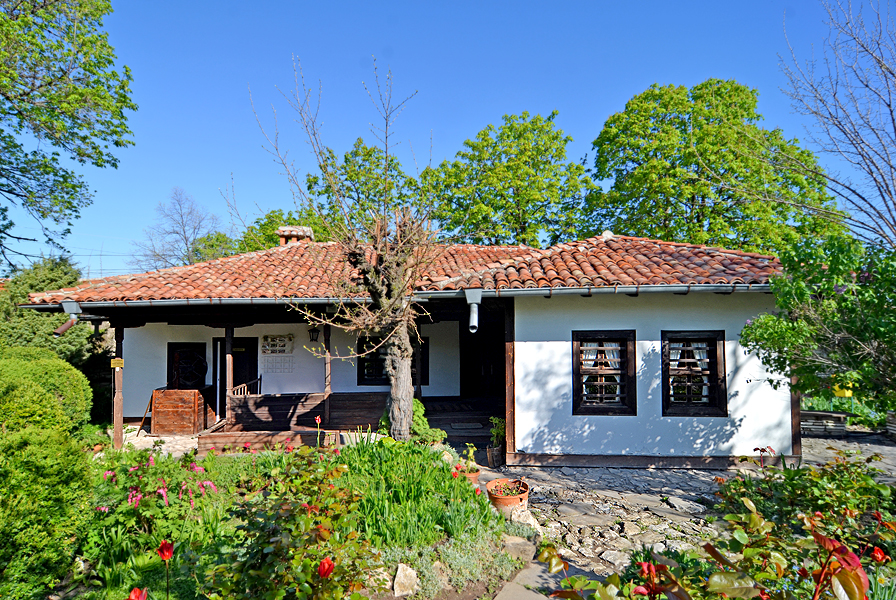 The Museum House of Peyo Yavorov is situated in the central part of the town of Chirpan. It was declared a museum on 31 October 1954 in honor of the 40-th anniversary of his death, and in issue 72 of the State Gazette of 1977 it was also declared an architectural and constructional monument. Even before it was officially declared a museum, the house was subject to visits. In 1924 for the 10th anniversary of the death of the poet, his home was visited by Geo Milev (another renowned Bulgarian poet) and other authors. Because of this, later, Yavorov’s older sister devoted one of the house rooms to the poet’s admirers.

Peyo Yavorov was born in Chirpan on 1 January 1878 (13 January according to the new calendar) and lived in his native home until the age of 17. Besides his active literary activity, Yavorov was also known as a participant in the National Liberation Movement of Macedonia and the Balkan War (1912 – 1913). Peyo Yavorov is an author of more than 160poems in three poetry collections, which have been translated into more than 20 languages, among which Russian, Belorussian, Ukrainian, Polish, Czech, German, English, Armenian, Japanese, Chinese, Italian, French, Romanian, etc.

The poet is considered one of the fathers of symbolism in Bulgarian lyrical poetry.

The museum exposition in Chirpan presents the original domestic arrangement of the kitchen, the guest room (also called “the middle room”) and the so called Peyo’s room. The portrait of Hadzhi Dimitar and Stefan Karadzha (Bulgarian revolutionaries and partisans of the liberation from Ottoman dominion) can be seen in the guest room, displaying the attitude of the family towards the liberation struggle. The guest room is preserved in the way in which the Yavorov family had arranged it, preparing to welcome the poet and his wife Lora in September 1913.

The middle room was the room of the poet’s mother Gana Kracholova, where she loved to sing traditional Bulgarian songs.

The working desk of the poet, on which his favorite book – Johan Goethe’s Faust was placed, and his bed with metal bars, are preserved. In this room Yavorov had spent multiple sleepless nights, reading the poetry of Botev, Vazov, Pushkin, Lermontov and Nekrasov. The portrait of Pushkin, which Yavorov had cut from the Russian magazine Niva and put in a frame, was hung on the wall.

A bust – monument of the poet was placed in the house yard.

In 1973 an Exposition Hall was opened in the Museum. Pictures and belongings representing the life and the work of Yavorov from the old Chirpan, his school years in Plovdiv, the work of the poet as a telegrapher in various Bulgarian towns, his participation in the cultural circle called Misal (Thought) are presented in it.

Since 1968, annual January days of Yavorov have been conducted in Chirpan. Their opening day is the birthday of the poet – 13 January. The cultural event is accompanied by literary readings, exhibitions, round tables, etc. The museum also organizes multiple book premiers, contests and concerts.

On 13 July 2006 the Museum House of Peyo Yavorov was included in the list of the 100 National Tourist Sites together with the monastery St. Atanasius, which is situated at a distance of about 15 km from Chirpan, in the village of Zlatna Livada. The Monastery has existed since Roman times.