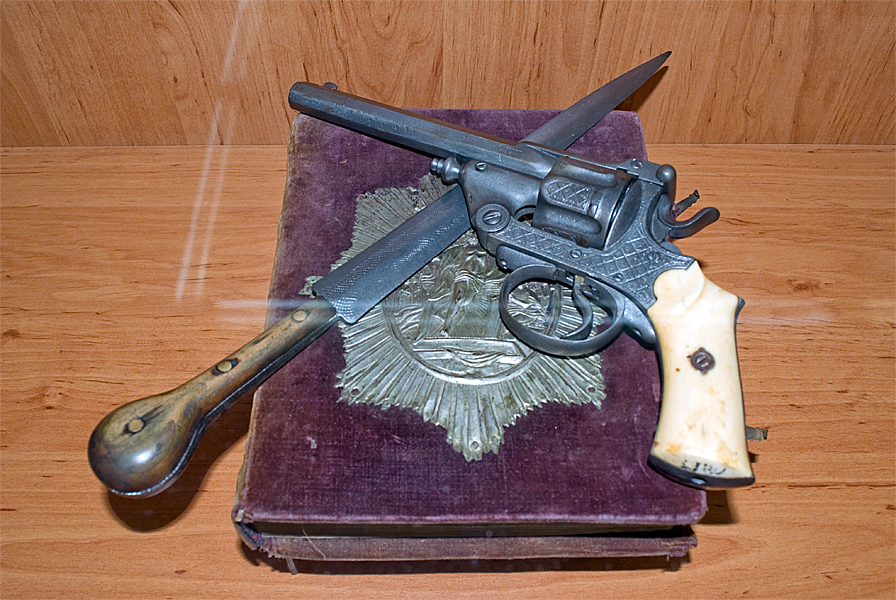 The Panagyurishte Museum of History is located in the center of the city. It began as a collection housed in The Videlina Community Center in May, 1943

In 1964, the collection was moved to its own two-story building that also included a reconstructed 19th-century marketplace. In 1986, the museum became part of a complex that now includes The Dudekov House; the Ethnographic Collection; The Sinya Hadzhidimitrov House, which displays decorative and fine art, manuscripts, pottery, and works of copper; The Ivan Duhovnik House, which was the base of the city’s Revolutionary Committee; The Raiyna Knyaginya Residence Museum; The Panagyurishte Golden Treasures Exhibition; The Tutev House, where on April 20, 1876 the April Uprising began; The Lekov House, an important cultural and architectural monument from the Bulgarian Awakening period; and The Marin Drinov House.

The Museum of History is divided into exhibitions dedicated to Archeology, Ethnography, Bulgaria from the 15th to the 19th centuries, Contemporary Bulgaria, and Natural History.

The Archeology Section has displays from excavations in the city’s vicinity, the most important being copies of the Panagyurishte Golden Treasures. These golden artifacts were discovered in 1949 by three brothers, Pavel, Petko, and Mihail Deykov. The treasure horde consists of 9 vessels with a combined weight of 6.164 kilograms that date to the 4th-3rd centuries BCE. The originals of these golden vessels are now in the National Historical Museum in Sofia, and they are often shown in museums around the world as part of traveling exhibitions.

The exhibit dedicated to the 1876 April Uprising against Ottoman rule is one of the museum’s most important. It is arranged in three halls – The Hall of Weapons of the April Revolutionaries, The Hall of the April Revolution, and Hall of Liberation, dedicated to the city’s struggle to gain its freedom from Ottoman rule and to the participation of Panagyurishte residents in  unifying Bulgaria after 1885. Many of the artifacts in these halls are of national significance.

The reconstruction of a 19th-century Panagyurishte marketplace shows the handicrafts that were typical of the region – homespun woolen goods, the art of the goldsmith, the production of items from goat’s hair, the tanning and dressing of hides and fur, the coppersmith’s trade, rug making, and other crafts.

The museum maintains a research library of over 6,000 volumes, including historical manuscripts, periodical literature, and financial records.