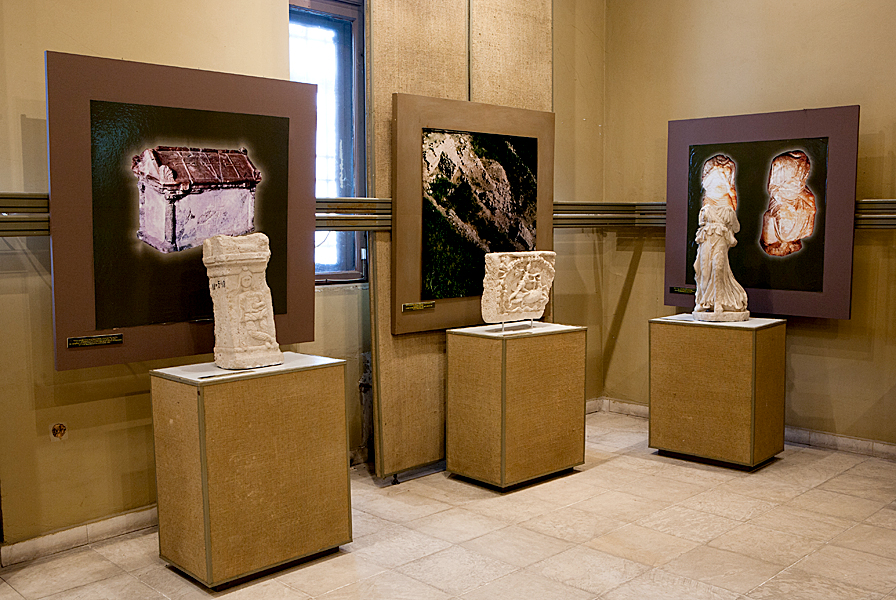 Silistra is one of the first towns to set up their own museums in Bulgaria. The History Museum in the town was opened on11 January 1899. Silistra is among the oldest towns in the country. It is situated on the bank of the Danube River, 430 km northeast of Sofia and 140 km northwest of Varna. The first historical records providing evidence of the settlement of Durostorum  date back to the beginning of the 2nd century AD.

The Museum comprises two exhibitions – an archaeological one and an ethnographical one – in several sites. The ethnographical exhibition takes up an area of 300 sq m. It includes exhibits that present the way of life and the culture of the Dobrudzha people from the Silistra Region who lived in the period from the mid-19th century to the beginning of the 20th century. Among them visitors will find authentic tools, local costumes, mummers’ masks, and brezaya masks, worn during a winter fertility and health ritual.

The archaeological exhibition stretches over 400 sq m and is housed in a representative building from the beginning of the 20th century. It comprises prehistoric, ancient and medieval monuments. Some of the exhibits are a Roman stone sundial, a Roman sports helmet-mask with griphons depicted on it, grave finds, a chariot that belonged to a renowned Roman magistrate from the end of the 3rd century, a column with Khan Omurtag’s name inscribed on it, one of the largest collections of medieval crosses from the 10th – 13th centuries, etc.

The 4th century AD wall-painted Roman tomb discovered in 1942 is another site of the History Museum. According to historians and archaeologists the tomb belonged to a renowned Roman pagan. Evidence of his social status is provided by the rich decorations and the depicted diploma given to him by the Emperor.

Durostorum – Drastar – Silistra Archaeological Reserve is part of the museum as well. Today visitors can see the remains of a Roman urban villa from the 2nd – 4th centuries, a bishop’s palace and a basilica from the end of the 4th – 6th centuries.

Abdul Medjidi Turkish Fort (Medjidi tabia) is also one of the museum sites. It is the only fortress with completely preserved interior and exterior from the Ottoman period in Bulgaria. It was built on the eve of the Crimean War (1853 – 1856).

Kurshumlu Mosque is yet another interesting tourist attraction in Silistra. It was built during the first decades of the 17thcentury by Ottoman architects. Its name comes from the sheets of lead that cover its dome. It is famous for its richly painted walls and ceilings and the coloured stones used in the brickwork around the windows and the doors.

A Thracian religious rock complex consisting of four rock sanctuaries lies about 10 km southeast of Silistra, near the villages of Strelkovo, V. Levski, Pop Rusanovo and Kutlovitsa. The main sanctuary called Badzhaliyata is located in a picturesque canyon. The stone temple is formed in a large cave accessible through a tunnel cut in the rock. A carefully shaped huge vaulted altar niche is situated next to it. The platform that served as a centre of the cult mysteries is located under. There is an asphalt road to the sanctuary.

A cave cloister colony is located southeast of Silistra, along Suha River (Dry River), south of Golesh Village, Silistra Region. It comprises 7 monasteries with many churches, crypts, cells, and chapels that are situated in a scenic place unspoiled by human hand which have preserved their late Antiquity interiors and exteriors /4th – 6th centuries/. So far these are the oldest cave monasteries on the territory of Bulgaria.
The Silistra History Museum provides guide services and lectures in Bulgarian.